Home / Blog / news / No More Looking For Fate, Destiny Comes To Find You! 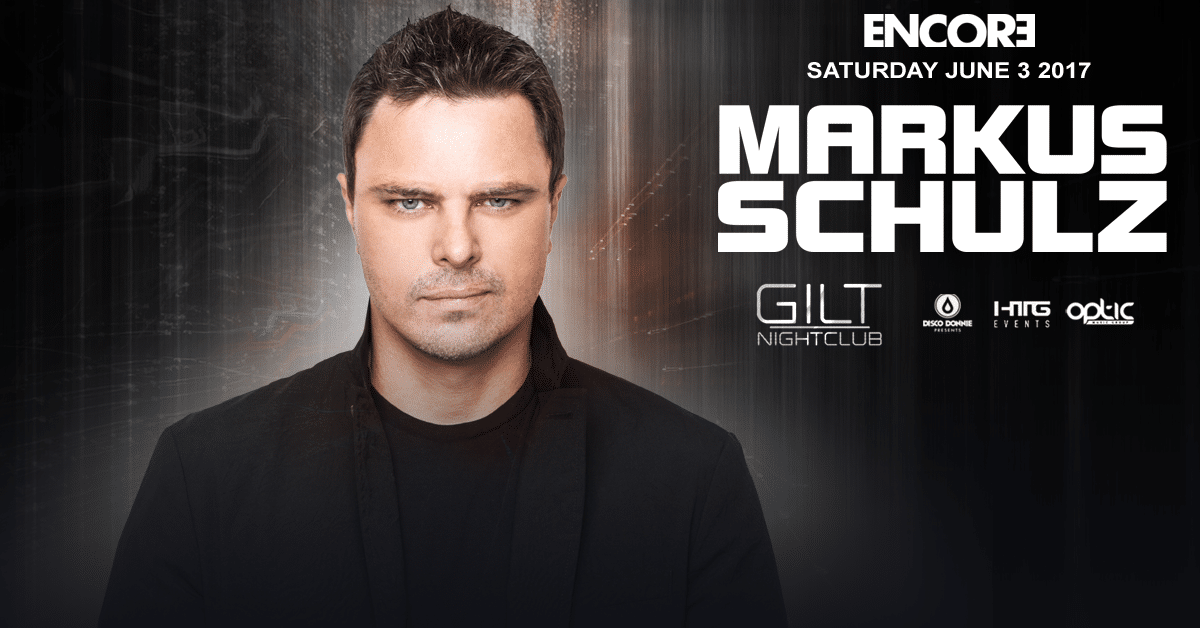 HTG Events, Gilt, & DDP will be hosting Markus Schulz in Orlando on June 3rd 2017 at Gilt! Follow the link for event and ticketing information.

On June 3rd, 2017, Markus Schulz: The “Unicorn Slayer” of Trance, makes his return to the Sunshine State! While he’s here, he’ll be giving his appreciative fans the chance to experience the harmony that is created between an artist and his audience live, at Orlando’s Nightclub, Gilt. In his career as a producer/performing artists Schulz has released many live mix compilations from some of the most influential EDM based cities all around the world (Miami ‘05, Ibiza ‘06, Las Vegas ’10, Prague ’11). In addition to frequently selling out at many nightclub events, Schulz is well known for giving amazing performances in various massive music gatherings such as; EDC, Electric Zoo, UMF, Global Gathering, and even had his own stage dedicated to him at Tomorrowland.

Schulz has had the privilege of working with some of the most unforgettable artists of our time, blending their creative vision with that of his own. World renowned artists including; Madonna, Jewel, Sai, Fatboy Slim, Paul Oakenfold, and Cosmic gate, to name some. Remix after remix Schulz continues to prove his ability to blend genres and create a sound that is unique to his own style. In fact, in 2003, his remixes to Jewel’s “Intuition” and “Stan” reached the #1 spot on Billboard’s Club tracks charts. Years later, in 2010, Schulz received #8 on DJ Mag’s top 100 International DJ list. Shortly after, in 2012, DJ Times awarded Schulz with the #1 American DJ title. In 2016, Schulz released his 6th studio album “Watch the World” which quickly became #1 on iTunes international dance charts. Mixmag acclaimed this album as an album of the month, labeling it simply as, “A work of art”.

Many of the earlier trance artist were well known for resorting to light, upbeat melodies that fans had coined as “unicorn melodies”, but Schulz had decided to break away from the status quo by incorporating square waves and pitchblende. These characteristics would define his style giving him the label of the “unicorn slayer” of trance. Schulz with all those years of experience has mastered the craft of crowd-pleasing and is often viewed as an “open to close” type of performer. Before coming to Orlando, Schulz will be performing in Dubai and San Francisco, bringing the collective energy of these great musical cities with him. This event will allow attendees to take part in the preparation process of Markus Schulz’s appearance at EDC Las Vegas ’17 and will be one of his last stateside events before he heads back overseas.

Involved in electronic music since 1995, HTG Events provides us with some of the most reasonable prices to see truly amazing artists.

THIS IS ONE EVENT THAT YOU SURELY WON’T WANT TO MISS!

Markuz Schulz is set to perform in Orlando, FL at Gilt Nightclub on Saturday, June 3rd, 2017