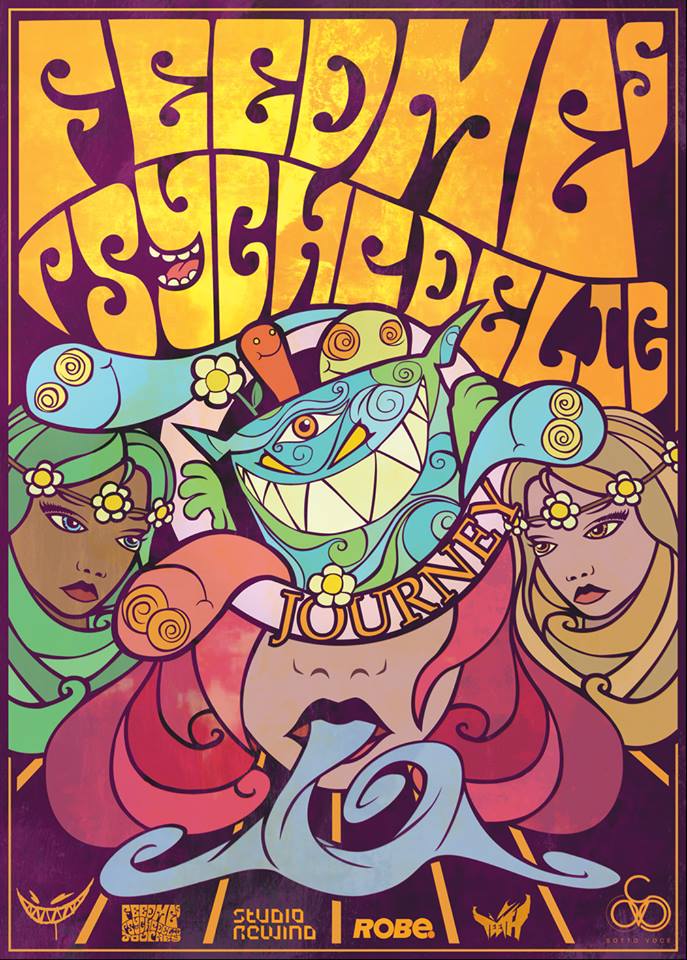 HTG Events, Vizion 1, AEG, and Disco Donnie Presents Feed Me August 8th, 2014! John debuted his alias Feed Me in 2008, Hertfordshire, England native Jon Gooch was known for his aggressive, hard-edged drum’n’bass productions as Spor. While Spor remained an ongoing outlet for Gooch, the producer quickly gained notice for his dubstep/electro-house hybrids as Feed Me; he signed to Deadmau5’s Mau5trap label and issued “The Spell” (2008) and the album Feed Me’s Big Adventure (2010), as well as the EPs To the Stars (2011) and Escape from Electric Mountain (2012). He also increased his profile by remixing the likes of Chase & Status (“Let You Go”), Nero (“Innocence”), Gorillaz (“On Melancholy Hill”), and Robyn (“Call Your Girlfriend”). Calamari Tuesday, his second album, was released in 2013. Ever since 2008 Feed Me has been taking the world by storm, from incredible remixes to one of a kind performances, Mr. Gooch is sure to impress!

Tickets will be on sale soon!