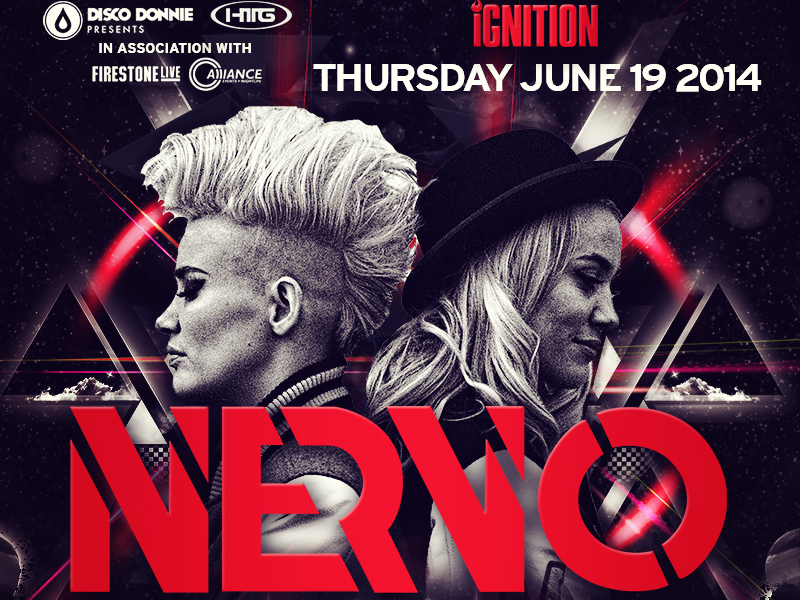 HTG Events & Disco Donnie Presents is proud to announce Nervo for June 19th, 2014.  The “pop-producers gone superstar DJ /model duo” will grace Firestone Live in Orlando, FL with an amazing array of extra lighting, special effects, and audio reinforcement. Starting out in the mid-2000’s, Australian sisters Mim and Liv Nervo made their name by writing smash singles for artists like Ke$ha and Kylie Minogue, remixing superstars like Katy Perry and Thirty Seconds to Mars, and joining forces with David Guetta to co-write his Grammy-winning “When Love Takes Over.” They quickly built upon that experience by releasing music under their own name, NERVO, alongside some of the biggest producers today including Afrojack, Steve Aoki and Nicky Romero, while tearing through arenas across North America on the Britney Spears/Nicki Minaj Femme Fatale tour. Now, one of the most sought after acts in dance music, NERVO, can be found balancing their rigorous worldwide touring schedule while working on their debut album that soaks deadly-catchy melody into the loud, dirty beats that set apart their brand of progressive and electro-house.