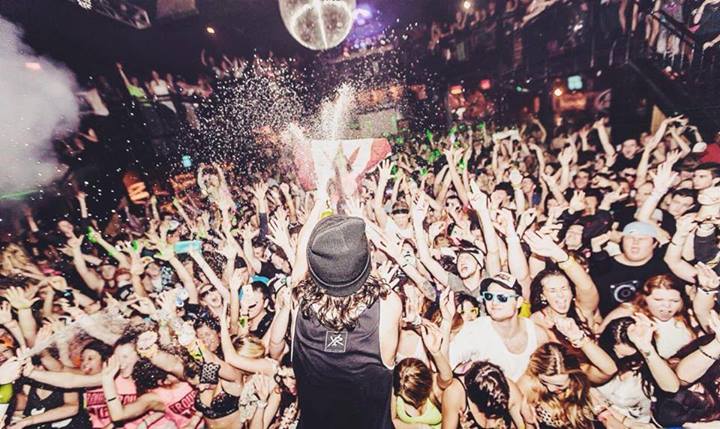 Two brothers, Alex and Chris Andre, have just recently entered the scene and they have done it with quite a bang. Hailing from Ontario, Canada, they released their first debut Initio, which took them two months to record, in March 2012. The EP features influences from a variety of genres including House, Electronic, Dubstep, and Reggae. They quickly broke the charts with their hit “Tsunami” as it reached the #1 spot on Beatport 100. Since the inception of these two prodigies they have performed with Tiesto, Steve Aoki, MSTRKRFT, LMFAO, Calvin Harris, and many more world class DJs. The Canadian Urban Music Awards gave DVBBS the “One to Watch” award in 2013. The brothers have recently signed their first Vegas Residency at the Hakkasan nightclub, which also houses Tiesto as a resident DJ. The tsunami about to hit Orlando is sure to be crazy, don’t miss out guys!

Don’t forget to check out their SoundCloud!