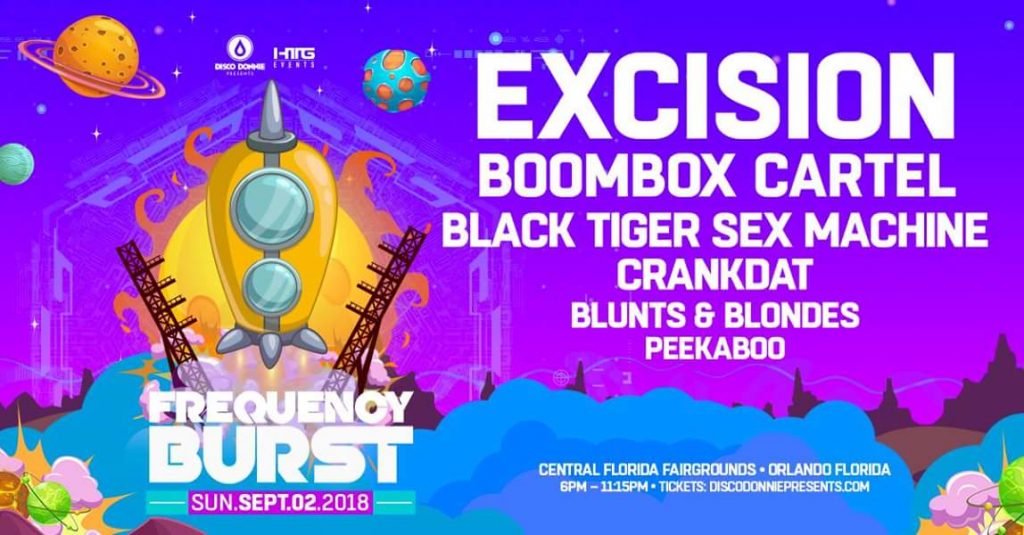 HTG Events & DDP will be hosting Excision & Boombox Cartel in Orlando on September 2nd 2018 at the Central Florida Fairgrounds! Follow the link for event and ticketing information.

Excision shows are like no other- a virtual apocalypse of twisting and morphing sounds turn massive crowds into a frenzy, as virtual walls of bass are relentlessly impaled time and time again upon their fragile bodies and ears. Your ears will ring and your eyes will roll into the back of your head as you are suspended in what can only be called a true sensory overload. Bass will rain down from above for hours as Excision’s skills as a DJ and producer shine like an unholy light from the underworld.

The true champion of bass music, Excision hails from Kelowna, British Columbia. Excision has time and time again tested the limits of electronic music with vastly different sets that encompass a full range of genres. The things you see and hear during the precious time you are engaged by Excision’s sounds will eclipse your mind for a lifetime, as you are constantly enlightened by the true fervor and energy that only an Excision set can provide.

Mexican born producers /DJ’s Americo Garcia and Jorge Medina have quickly risen as one of the most anticipated new duos in the electronic space with their unique low end, heavy genre-blending sound. Their tracks are played out all over the world by the likes of RL Grime, Diplo, Skrillex, DJ Snake and have received support from Mad Decent, Billboard, Noisey, ThisSongIsSick, Complex + many more, Their global tour has included sold out performances in the U.S., Canada, Australia and Asia, including festival plays at Moonrise, Global Dance, Lollapalooza, and EDC just to name a few. 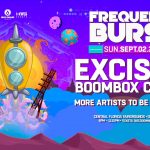 Excision
Jeff Abel
Canada
excision.ca
A producer of heavy and aggressive dubstep who frequently collaborates with vocalists, Jeff Abel goes by Excision. The British Columbian's first tracks, some of which were issued on Rottun, a label started by him and fellow producer Downlink, were released during the tail-end of the 2000s. For his debut album, however, he signed on to Mau5trap; X Rated, featuring appearances from the likes of Downlink, Datsik, and Mr. Hudson, was released in 2011. The more intense album Codename X, which arrived four years later, debuted at number three on Billboard's Dance/Electronic Albums chart, aided by singles like "Bring the Madness" and "Robo Kitty." Throughout his ascent, he was active as a DJ and performer, and released annual mixes in his Shambhala series. ~ Andy Kellman, Rovi