No Sync Buttons – No Software – No Loop Buttons – Just Skill
SKAM Artist DJs Bad Boy Bill and Richard Vission – who have DJ’d together for 20 years – are planning out their Back To Vinyl Tour coming countrywide this summer. Both Bill and Vission respect the art of DJing and mixing on vinyl because it’s where it all began for them! This one of a kind tour will exclusively feature vinyl only DJing – including brand new music – which in today’s digital age, many fans have never experienced or seen live. Additionally, they will be pressing a special set of vinyl to play at the shows. The tour will also include contests for fans to attend sound-check meet and greets, win merchandise and more.
Bad Boy Bill is one of the founding creators of Beatport.com, DJ DMC battle champion and has been ranked in the DJ Times American favorite DJ Poll. He is founding partner of legendary Chicago labels International House Records and Moody Recordings. Bill’s latest release Respect The Technique EP garnered plays from DJ Snake, Laidback Luke, Latroit and many more. 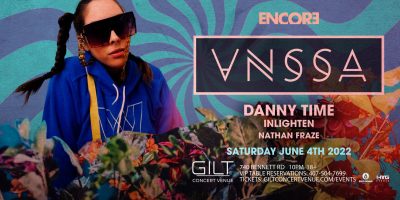 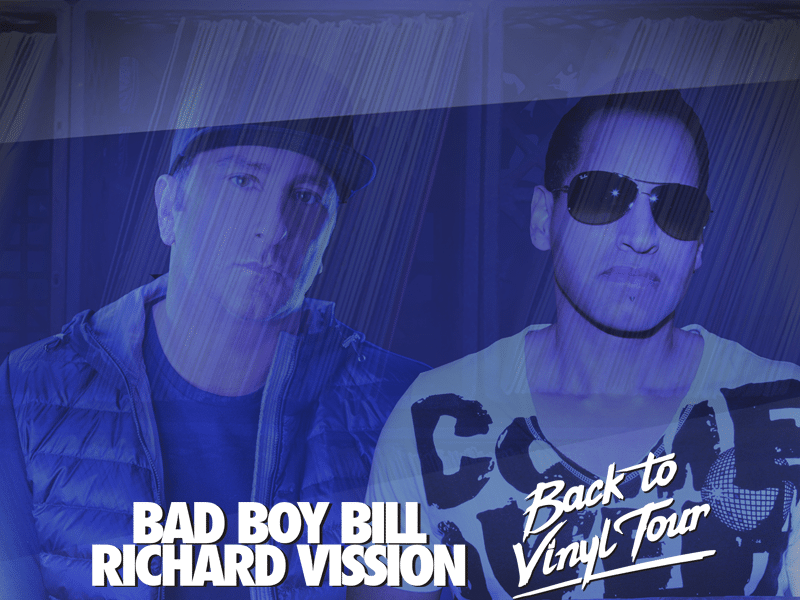 Bad Boy Bill x Richard Vission
John Bush
Chicago Illinois
badboybill.com
Bad Boy Bill:Bringing back the funk for all of us!Bad Boy Bill is a DJ from Chicago, Illinois, USA. He plays an assortment of house music.Bad Boy Bill began his DJ career in 1985 during the Chicago House music movement of the mid and late '80s working with Mike "Hitman" Wilson and Julian "Jumpin" Perez of the then WBMX DJ mixing team known as the Hot Mix 5. Bill's popularity began to grow by dj'ing parties throughout Chicago and the Suburbs opening for the Hot Mix 5 DJ's.Currently Bad Boy Bill plays everything from House to Electro. He is known to play on six different turntables at once. He has come close to winning the DMC championships a few times. He is considered to be a "Superstar" DJ.Hot Mix (1988-1994)Bill did 17 different mixes between 1988-1994 called "Hot Mix".Bangin' The Box (1995-2001):Bill's Bangin' The Box series is one of the best selling series in dance music history with 5 volumes.House Connection (1997-1998):Bad Boy Bill teamed up with Richard Vission to form the house dj super-group: The House Connection. They have released two mix albums with their last being in 1998. In May 2006 Bill did a special 2 night reunion show with fellow House Connection mate Richard Vission in Dallas and Detroit. This was the first time the two have spun together in 6 years. Rumors have started about a House Connection 3 being in the works.Behind The Decks (2003-2006):In 2003 he released a CD/DVD mix album entitled Behind the Decks. Behind the Decks was originally supposed to be a new series along the same lines as Transport/Tranceport for house music. A second album has not been announced for this series as of July 2007.Bill embarked on a 3 show tour in May 2006 under the headline "BTD Live". Bill performed at "The Church" in Denver, Avalon in Los Angeles, and Crobar in Chicago. Both audio and video were recorded at these gigs after which a BTD Live CD/DVD was released in the stores in October 2006.ClubPlanet.com did an interview with Bill where he talked briefly about his upcoming projects. He said to expect, "rock, hip-hop, and house" on his album. Bill also stated that his new mix album will be all house music.Richard Vission:One of the preeminent house DJ/producers around Los Angeles since the late '80s, Richard Vission -- or Richard "Humpty" Vission early on -- became known for a freewheeling mixing style that cycled through dozens of records per hour, and a production career that saw the same frenzied sound crest with his sports-anthem classic "Jump," by the Movement. Born in Toronto and raised in East L.A.,Vission began DJing hip-hop in high school and graduated to a local rap station, KDAY. By 1990, he'd left for the dance station KPWR-Power 106, first working as an intern and one year later beginning his own long-running show, Powertools.In 1992, Vission got together with producer A.J. Mora and rapper Hazze to form the Movement, which debuted in summer 1992 with the techno-pop barnstormer "Jump." A staple of sports-arena PA booths for years to come, "Jump" went gold and just barely missed the Top 40. After touring with the group and releasing a self-titled Movement album,Vission founded the Aqua Boogie label for his burgeoning production career. It got a boost in 1995 when he hooked up with British remixer Pete Lorimer to form the production teamVission & Lorimer, responsible for dance hits recorded by Crystal Waters, N-Joi, Raw Stylus, Martha Wash, and Brand New Heavies. His first mix album, This Is My House, appeared that same year and introduced his extroverted DJing style to a wider audience. After a follow-up (House Nation) in 1996, Vissionrecorded The House Connection, the first in a series of tag-team mix sets with fellow renegade DJ Bad Boy Bill.He continued releasing about an album per year, and aside from continuing the Powertools show (the highest-rated dance show in Los Angeles), Vission spent time remixing for artists including Donna Summer, Radiohead, Todd Terry, Lady GaGa, the Shamen, RuPaul, Ace of Base, Taylor Dayne, andCrystal Waters. Even legions of non-dance fans likely saw or heard him at work, considering he was the resident DJ at MTV's The Blame Game and also composed the score for the syndicated Judge Mathis. His second installment for Tommy Boy, Damn That DJ Made My Day, was issued in summer 2001. His 2004 mix CD, Big Floor Funk, whipped through 31 tracks on one disc while his 2005 effort, Automatic, was a double-disc set featuring the likes of Mylo and the Bravery. In 2006 he had a club hit with the track "Somebody."