HTG Events, DDP, and Gilt will be hosting Loudpvck  in Orlando on January 21st, 2017 at Gilt! Follow the link for event and ticketing information.

When the two worlds of electronic music DJs/producers Kenny Beats (aka Kenneth Blume) and Ryan Marks collided in 2009, something magical happened. Call it a conundrum or rather simply a matter of fate . . . This dynamic duo is best known as LOUDPVCK. They met at the Berklee College of Music (Boston, MA) and started producing tracks together – dropped ‘em on Soundcloud and nearly that moment became an overnight sensation. Since then, the buzz and hype about LOUDPVCK has only continued to grow. The doors have been swinging wide open; a remix for NERVO (Hold On), getting added to the Deckstar Management roster, receiving serious playtime on BBC Radio One, not to mention – getting lots o’ love and support from the likes of: Skrillex, A-Trak, Dillon Francis, Zeds Dead, Danny Brown, 12th Planet, Adventure Club, Flosstradamus, Baauer, UZ, DJ Carnage, AC Slater, DJ CRAZE, Bro Safari, Brillz and Paper Diamond to name a “few”. . . What does LOUDPVCK sound like? Genre-pigeon holes aside, they have thrown down some of the most filthy, catchy jams out there, causing their popularity to rise in a massively short amount of time. 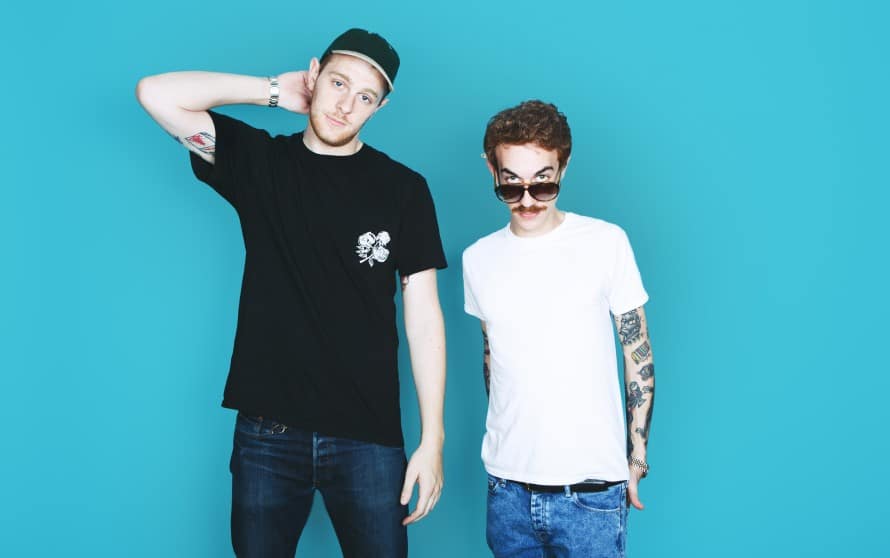 Loudpvck
Ryan Marks, Kenny Beats
When it comes to good music, Kenny Beats and Ryan Marks know how to bring it. Together, the NYC hip-hop producer and LA electronic producer make up Loudpvck, a dynamic, genre-mixing duo that refuses to be bound to just one category of music. Performing together since 2012, the two met while attending Berklee College of Music where they joined forces and haven’t looked back since.Kenny got his start in the music business by producing rap artists such as Ab Soul, Schoolboy Q, and Smoke DZA, while Ryan was out on the west coast producing and DJing electronic music. They’ve collaborated on countless tracks and energetic remixes. Loudpvck has worked with everyone from Zed’s Dead, NERVO, Carnage, Paper Diamond & Dada Life to name a few. They continue to mix things up on the music charts with individual projects and outside collaborations.The distinctive sound the duo makes is a direct combination of both their influences, with beats in almost every sub-genre of EDM mixed with a hip-hop approach. The most important thing when it comes to making music is “overall musicality and everything being in its right place,” according to Ryan, while Kenny adds, “We try very hard to make sure nothing goes overlooked or unnoticed, even when it’s the simplest idea. Also, being in the right space to make music is extremely important for us, which means cracking a lot of jokes and smoking violent amounts of weed.”