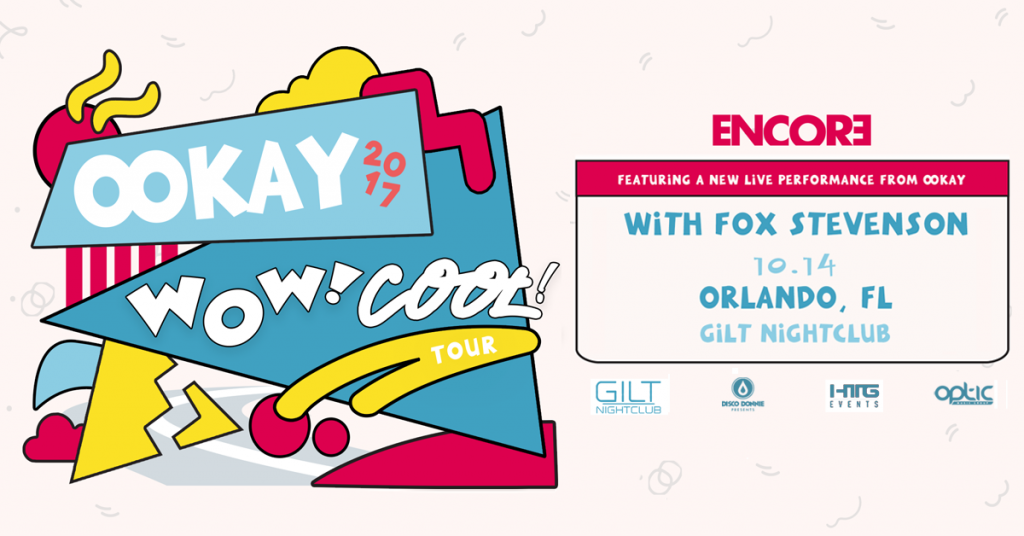 HTG Events, Gilt, & DDP will be hosting Ookay in Orlando on Oct 14th 2017 at Gilt! Follow the link for event and ticketing information.

One of the most impressive young leaders of the American dance music scene, California-based Ookay (pronounced “okay”) exploded onto the scene when both his freshman and sophomore releases on Ultra Records charted in the top 10 on Beatport. Since then, he’s shown no sign of slowing down, working with some of the greatest producers in electronic music while developing a signature style that weaves across genres, reflecting influences as varied as Borgore, Diplo, DJ Snake, Showtek, Deorro, TJR, Boaz Van de Beatz, Valentino Kahn, Waveracer, Cashmere Cat, Lindsay Lowend, Skrillex, Lido, and Wiwek while always returning to a hard-hitting trap beat.

The producer and DJ has racked up credits and quickly made a name for himself with remixes of tracks like Congrorock’s “Bless Di Nation Ft. Sean Paul” and Steve Aoki, Chris Lake & Tujamo’s “Boneless.” Ookay teamed up with iconic producer Diplo to remix Avicii’s “You Make Me,” and his recent remix of “Kanye” by the Chainsmokers on Republic/Dim Mak Records layers his signature mix of dance music and hip-hop over fluttering pop vocals. His side project Coaster serves as an outlet for his love of alternative dance and house music, proving Ookay to be no one-trick trap pony.

His much-anticipated spring single “Bouncer,” produced with the venerable Dutch duo Showtek, hit the top 3 Beatport overall chart after its March 2014 release and was a staple on summer festival stages across the country. Ookay has also quickly become known as a charismatic performer both on and off stage, appearing at venues like EDC Las Vegas, Electric Zoo, Red Rocks, and TomorrowWorld. His live shows are known for sleek transitions, sensitive song selections, and entertaining MC’ing from the booth. He’s also no slouch on Twitter, commenting on everything from the struggle to Shazam an unknown song to LA’s Korean BBQ scene.

It’s no surprise that Ghost, out November 10 on Dim Mak Records, is one of the most exciting dance music releases of the fall. Promised to be “a blend of listening tracks as well as club bangers,” it fulfills that goal. Ghost is one of the too-rare records that will bring you from your morning commute, with the meditative “Ghost” and “Matters,” to 4 AM on the dance floor losing it to “Egg Drop Soup.”

The Ghost Tour this fall and winter is sure to blow up dance floors across America, and truly solidify Ookay’s status as one of America’s premier young electronic artists. With support from such icons as Showtek and Diplo as well as Tiesto, Steve Aoki, Major Lazer, Borgore, Nervo, David Guetta, DJ Snake, Deorro, TJR, Krewella and more, it seems certain that Ookay’s star will only continue to rise.

Growing up in an artistic environment, with a musician, writer, and theater director for a father, Fox didn’t need much prodding to explore art from the inside-out. Laying down his tracks from scratch, he will also write and perform his own vocals. As a live musician, he is unafraid to pick up the guitar, drums, bass, or mix a live DJ set on stage.

The casual listener is immediately struck by the emotional pith and complex narrative structures of his songs. Most dance song lyrics are throwaway, but Fox’s tracks are genuine, space-creating oddities of a new generation. They are indebted to the old singer-songwriters of the past, while also challenging traditional expectations for beat-based, electronic music. In a world that often prefers we choose ‘one or the other’, Fox is one of the few willing to balance and create a free-flowing tri-force of dance, pop, and rock in his music.

A rare master of the live and digital, he is always experimenting and improving on his own structural artifices. “There is no best way,” he says, “that I would prefer to learn. When someone tries to tell me the ‘best’ way of compressing a snare, I prefer to learn it myself, because otherwise I would never try and go outside of that.” Keeping true to this spirit—to his own standards—he has been performing under the alias Fox Stevenson, reflecting his maturing growth as an artist, and culminating in the release of his first EP, Endless, with Firepower Records.

Be on the lookout for Fox as he gets his music out to a wider audience, ups the ante with world-tours, produces in more sophisticated studios, and hosts a plethora of collaborations with other artists—as he tries simply, in his own words, “to be better and better.” 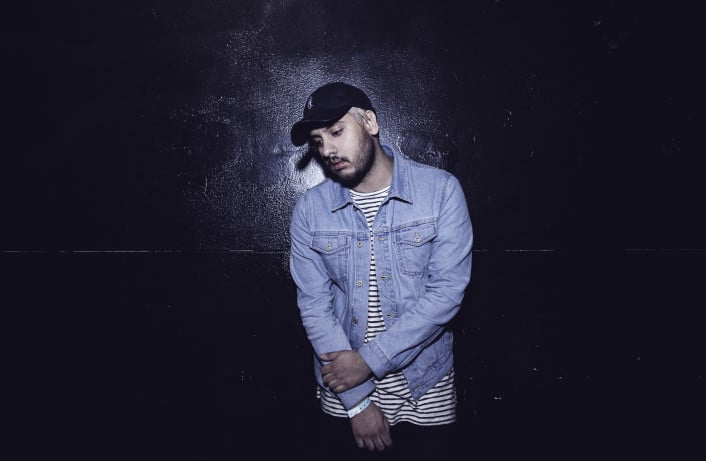 Ookay
Abe Laguna
San Francisco, CA
San Diego's Abraham Laguna, aka Ookay, is a prolific DJ and producer known for his house music and trap-style productions. A native of Chula Vista, California, Laguna began producing electronic dance tracks in his early twenties while attending community college. Initially going under the name Leisure, Laguna gained an audience for his creative, high-energy brand of house music. As his career took off, he transitioned into more of a trap-oriented style and adopted the new stage name of Ookay. As Ookay, he has garnered attention on Beatport and elsewhere for his remixes of cuts by Congorock, Steve Aoki, Chris Lake, Tony Junior, and others. He also teamed with Diplo for a reworking of Avicii's "You Make Me Okay" in 2014. Along with his work as Ookay, Laguna has also released tracks under the name Coaster that showcase his love of tech and deep house. However, with his in-demand live appearances and robust social-media following, Ookay remains Laguna's main focus. In 2016, he collaborated on the single "Bouncer" with Dutch duo Showtek. ~ Matt Collar, Rovi