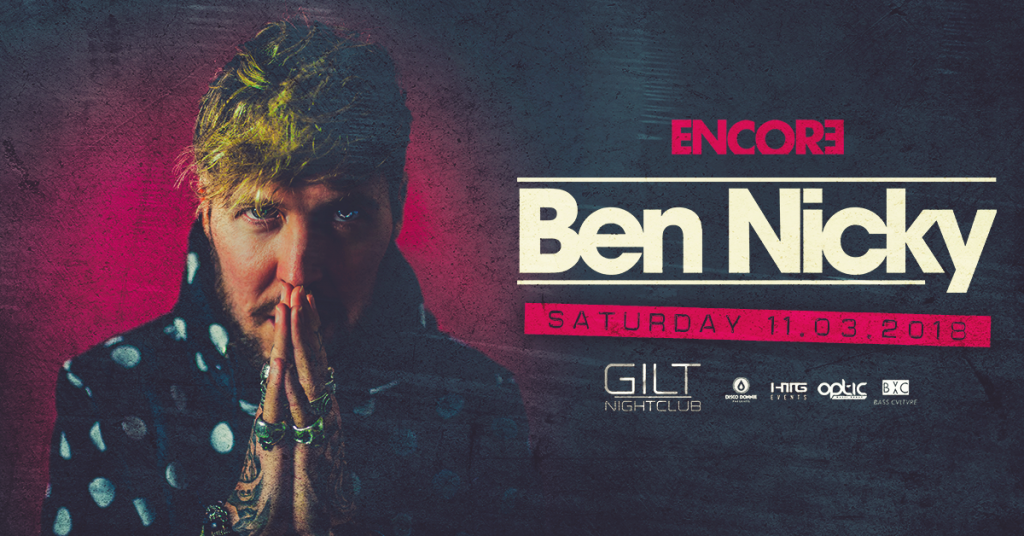 HTG Events, Gilt, & DDP will be hosting Ben Nicky in Orlando on November 3rd 2018 at Gilt! Follow the link for event and ticketing information.

International DJ and Music Producer “Ben Nicky�, is one of the brightest new stars emerging from the talented UK Trance scene. He was recently acknowledged by the worlds’ number 1 DJ Armin Van Buuren as “one of the hardest working artists in the trance scene”, as well as being one of Armin’s most played/requested artists on his radio show. Ben is also a firm favourite of other world-wide established headliners, such as Paul Van Dyk, Tiesto, Andy Moor and BBC Radio One’s Judge Jules.

At present, Ben is still rocking the dance Scene with electrifying productions which continuously appear on the biggest dances labels in the world including Sony BMG , Universal and Armada Music. He has remixed the most respected producers in the dance industry including Calvin Harris and Giuseppe Ottaviani amongst others, whilst still retaining his own individual sound. In 2009/2010, Ben Nicky appeared on over 40 Worldwide CD Compilations including “Dave Pearce Trance Anthems 2010″, “Trance Nation 2010” & “Gatecrasher Anthems 2010″ which hit Number 1 in the UK Charts.

Digital music releases and worldwide tours have not been the only way Ben has reached all of his loyal fans. He also provides “The Ben Nicky Podcast” which is released twice a month to 1000′s of listeners via Soundcloud and I-tunes. As well at this, Ben has also had many live radio performances including an outstanding set for BBC Radio 1, which was broadcasted to millions and earned him a “performance of the night”feature on the BBC Website.

Ben has travelled the globe spinning in various countries including Russia, USA, Malta, Germany, Poland, Ibiza + more. He has represented some of the world’s biggest dance brands including Godskitchen, Fire It Up, Slinky, Gatecrasher and Wonderland to name just a few. This has seen Ben regularly playing alongside names such as Paul Van Dyk, Above and Beyond, Ferry Corsten, Eddie Halliwell, Markus Schulz & Pete Tong.

With Ben’s own Artist Album in the pipeline, and a constant stream of successful chart topping singles and remixes such as “Driven” , “Special Moment”, “Tears”, “Jet Stream”, “Altitude” and “Rattle”, his ascent in to the trance hall of fame is guaranteed . As quoted by Judge Jules ” Ben Nicky is a valuable part of the trance scene that is constantly recognised by the world’s biggest artists, long may it continue!” 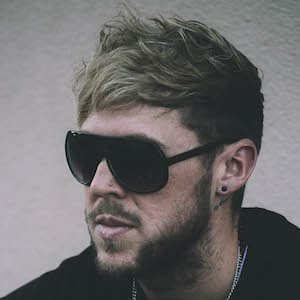 Ben Nicky
Ben Nicky
Bristol, United Kingdom
www.bennicky.co.uk
Counting the likes of Armin Van Buuren, Tiesto and Gareth Emery as firm supporters of his sound, and with his music “an essential part of my live sets” for Paul Van Dyk – it’s easy to see how Ben Nicky has tattooed his mark on the scene to become one of the most sought-after uplifting and psy trance DJs on the circuit right now.Armed with a catalogue of productions signed to the biggest labels on the planet including Ultra, Spinnin, Armada, Vandit Recordings and more, Ben has taken his blistering DJ sets to the world’s biggest clubs leaving no continent untouched. From the US to Australia, India to Argentina, Ben Nicky’s name has become synonymous with the kind of once-in-a-lifetime sets that has seen him play at iconic festivals like Nature One, Tomorrowland and A State Of Trance, as well as world class venues like Godskitchen and Ministry of Sound.Now boasting over a quarter of a million online followers, Ben Nicky’s reach is truly global; as one of the few people who can lay claim to a live mix on BBC Radio 1’s ‘Essential Mix’ show, multiple Beatport #1s, an iTunes #1 collaboration with Paul Van Dyk and a bootleg for Calvin Harris that was played by BBC Radio 1 for an impressive ten weeks straight, Ben Nicky has a legion of fans who have propelled this DJ to successes of global proportions.His productions have featured on the compilations like ‘Gatecrasher Anthems mixed by Paul Van Dyk’, ‘Dave Pearce’s Trance Anthems’ and the world-renowned Ministry Of Sound’s ‘Trance nation’ CD, and it’s undeniable that the current tour schedule is an exhausting read. With his Head F**K brand going from strength to strength as a platform for his mashed up, twisted and often unexpected DJing style, Ben Nicky’s online and offline entrepreneurial skills have pushed him into the upper echelons of world class trance DJs– if you’ve not yet been introduced to Ben Nicky’s sound then you’ve got to ask yourself just one thing: why not?