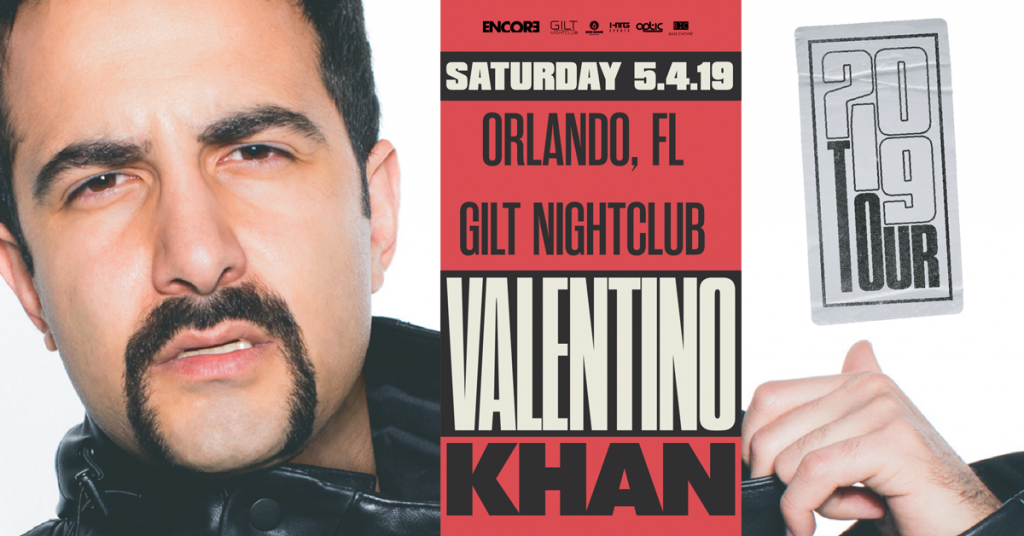 HTG Events, Gilt, & DDP will be hosting Valentino Khan in Orlando on May 4th 2019 at Gilt! Follow the link for event and ticketing information.

In the summer of 2014, Valentino signed to Skrillex’s OWSLA imprint for his dance music releases and released his debut EP “In Khan We Trust.” Khan also has had official releases on Mad Decent, Dim Mak Records, Columbia, Interscope, Warner Music, Ultra Records, and Slow Roast.

Valentino has shown a unique versatility in dance music — progressive house, techno, electro, hardstyle, trap, and more. Because of this, his work has garnered the loud support of some of the biggest names in EDM including the likes of Skrillex, Diplo, Boys Noize, Steve Aoki, Dillon Francis, Kill The Noise, Knife Party and many more.

He has established himself as one of the most in-demand remixers, with official remixes for artists such as Skillex, Dillon Francis, Wiz Khalifa, M.I.A., The Bloody Beetroots, Paul McCartney, Benny Benassi, Skylar Grey, Kreayshawn, Congorock, Sean Paul, DJ Craze, and Bro Safari.

2013 proved to be a big year for Valentino, both as a producer and a DJ. In the summer, Valentino and Diplo co-produced the smash single “Bubble Butt” for Major Lazer, which was a staple for radio, clubs, and festivals across the world. Additionally, in conjunction with his own headlining shows, Valentino spent 2013 touring as support for Skrillex, Zedd, and the Bloody Beetroots.

Khan now looks to continue his success in both the dance music and production worlds. 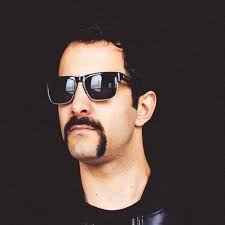 Valentino Khan
Valentino Khan
Los Angeles, CA
www.valentinokhan.com
Valentino Khan makes everything. From hip hop club anthems to dance music hits, Valentino’s production knows no bounds. He has produced hip hop for multi-platinum and Grammy award-winning artists and continues to create his own sound in the electronic music world as an artist.Valentino Khan has gained the support of artists like Diplo, Skrillex, Steve Aoki, Dillon Francis, and many more noteworthy musicians. In 2015, he produced his original song “Deep Down Low” which recently was named as “Most played track by DJ’s in 2015” by 1001 Tracklists and Sirius XM Radio’s Number 1 Song of 2015 on Atomic Area. Khan’s 2015 was a big year, performing at Ultra Music Festival, Hard Summer & Hard Day of the Dead and releasing collaborations with Flosstradamus, GTA, remixes for Dillon Francis, Axwell & Ingrosso and Zeds Dead.He currently has a great deal of new singles lined up for release on OWSLA. So far in 2016 you can find him on tour direct supporting Carnage and Jauz with several big festival announcements coming soon! This year brings about a slew of new shows, music, and collaborations that make 2016 Valentino’s biggest year yet.