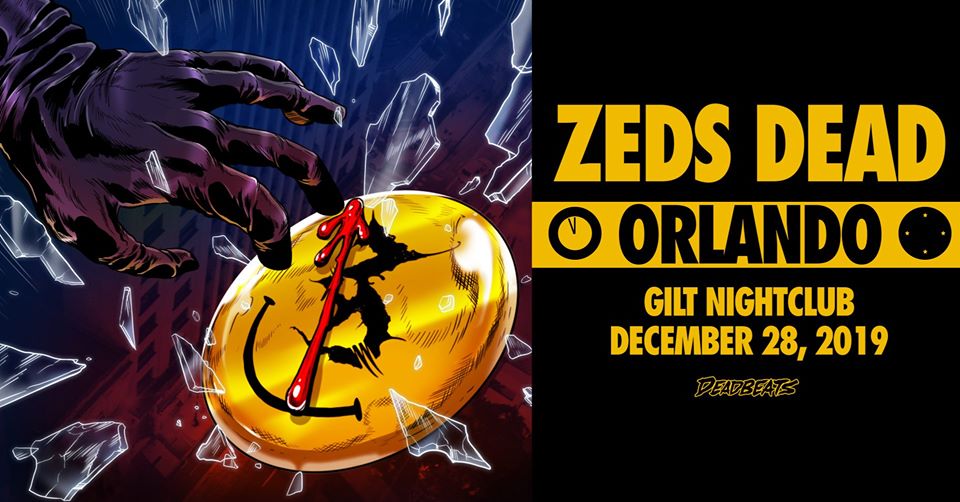 HTG Events, Gilt, & DDP will be hosting Zeds Dead in Orlando on December 28th 2019 at Gilt! Follow the link for event and ticketing information.

Born of radical sonic possibilities and limitless permutations, Electronic music has always been a fluid genre where innovation is prized. Having been at the forefront of the sprawling genre since 2009, Dylan Mamid (DC) and Zachary Rapp-Rovan (Hooks), aka Zeds Dead, are acutely aware of how vital new ideas are. That’s why when the Toronto-based producer/DJs finally took time off from headlining festivals, they crafted a debut album full of dynamic, forward-thinking songs that defy categorization and disrupt musical foundations.

The products of two musically-inclined households, DC and Hooks played piano before moving onto the guitar. As teens, they became enamored with the beats of ’90s hip-hop producers (e.g. DJ Premier, Pete Rock) and formed production duo Mass Productions (MP). Like DJ Shadow or RJD2, they explored the boundless potential of hip-hop based instrumental music.

This insatiable appetite for sonic exploration has been the guiding principal of their career. In college, DC and Hooks became entranced by the rhythms of drum & bass, dubstep, and electro. Changing their name to Zeds Dead, the pair founded one of Canada’s most storied club nights: Bassmentality. Initially held in the tiny basement of 751, around-the-block crowds prompted a relocation to Toronto’s Wrongbar, where the duo booked artists like Skrillex, Borgore, and Nero.

Zeds Dead haven’t stopped their ascent since Bassmentality, touring the world, performing to thousands at music festivals such as Coachella, Lollapalooza, Osheaga, HARD, Ultra, Tomorrowland Belgium, plus the biggest stages in India, Asia, & South America. Zeds Dead have also launched their own events, notably their annual Deadrocks event at Colorado’s Red Rocks Amphitheater, which they most recently sold out in June of 2016, and their first annual Deadbeats Toronto event at Echo beach in August 2016.

The group’s compelling, high-intensity live shows double as a showcase for their ever-expanding catalog. To date, Zeds Dead has released projects with electronic music titans like Ultra (The Living Dead) and Mad Decent. The duo considers their 2014 EP, Somewhere Else (Mad Decent), a significant artistic milestone. With features from Twin Shadow and Perry Farrell, among others, Hooks and DC seamlessly fused the sonic hallmarks of contemporary hip-hop with brain-melting bass, poignant piano keys, and more.

“The way Somewhere Else came together, the concept behind it, and the way we worked with other people — it was closer to my main vision for Zeds Dead,” says DC.

Zeds Dead fully realizes this vision on their forthcoming album, Northern Lights. Released via the group’s DeadBeats imprint, it is the culmination of two musical journeys, of years of collaboration, touring, and recording. As such, the album encompasses much of life’s emotional complexities. Some songs evoke the wistfulness of nostalgia, others the uncertainty of the present. While others still brim with bright-eyed hope for the future.

“It’s music that works best at night. The northern lights are something beautiful and vibrant coming out of the night sky,” explains DC. “That contrast provided the framework for the album.” 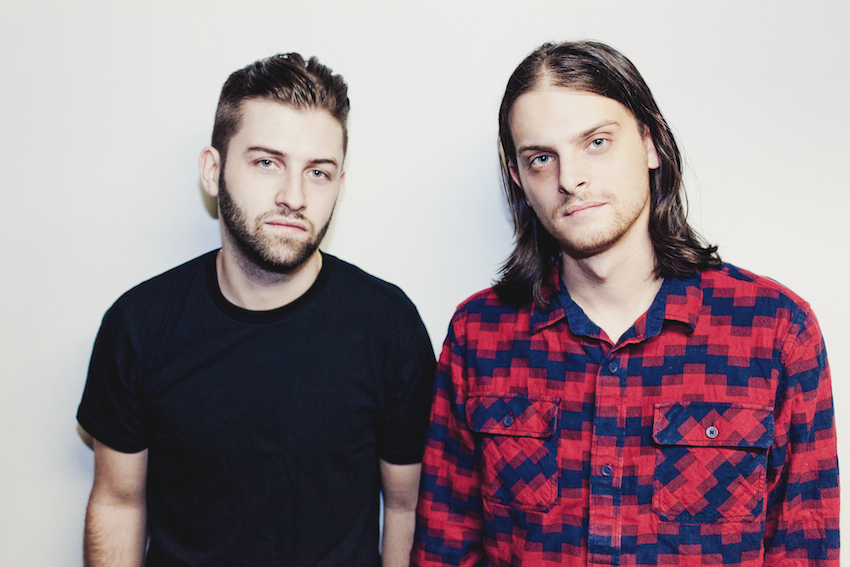 Zeds Dead
zedsdead.net
Zeds Dead is a Canadian electronic music duo from Toronto, Canada. Dylan Mamid, also known as DC, and Zachary Rapp-Rovan, also known as Hooks, rose to prominence releasing original music and remixes from 2009–10 before becoming a staple on the international touring circuit thereafter. Today, they are known for their exploration of a diverse variety of genres that combine aspects of UK garage, house, electro house, hip-hop, glitch, drum and bass, and more.