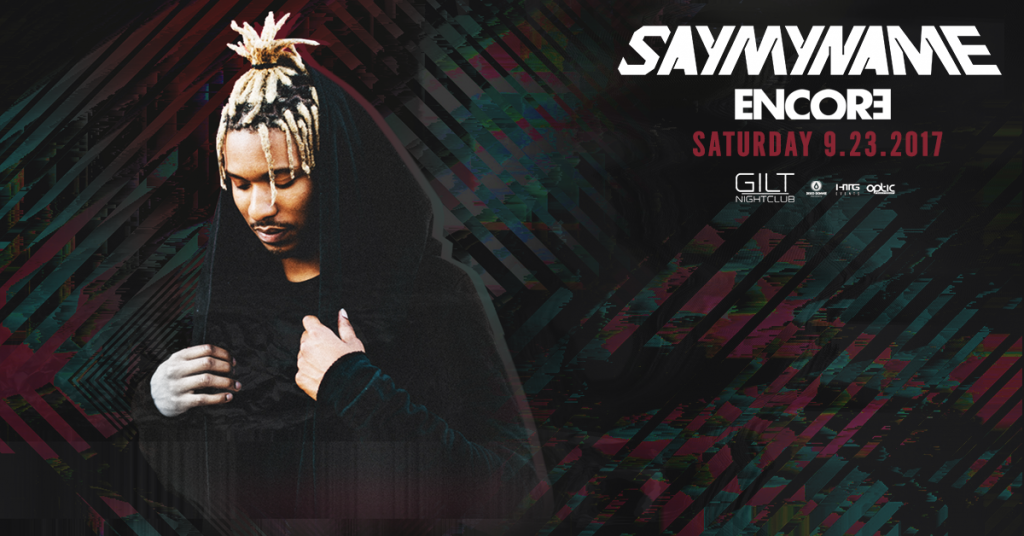 HTG Events, Gilt, & DDP will be hosting SAYMYNAME in Orlando on Sept 23rd 2017 at Gilt! Follow the link for event and ticketing information.

SAYMYNAME hails from the greater Los Angeles area, he is also better known as Dayvid Sherman. Dayvid grew up in a musical family influenced by many genres of music including hiphop from his father who DJ’d as a hobby. Growing up in LA’s booming rave scene, Dayvid went on to graduate from Chapman University with a degree in Public Relations and Advertising.

Upon graduation, is when SAYMYNAME boasts the ever so coveted INSOMNIAC EVENT’S DISCOVERY PROJECT WINNER in 2013. Davyid has performed at such festivals as Insomniac’s Basson, EDC Las Vegas 2013, 2014 and at EDC Las Vegas 2015.

As he’s tinkered with both trap and hardstyle, trying to find his sound… his re-birth came about as he discovered #HARDTRAP. Ever since then, SAYMYNAME has been the pioneer of this sound movement. As a result many blogs and fans have labeled SAYMYNAME as the God Father of HARDTRAP. Keep an eye out for this young exciting act which bring his fabulous stage presence and ridiculous drops and basslines which makes crowds go insanely crazy! 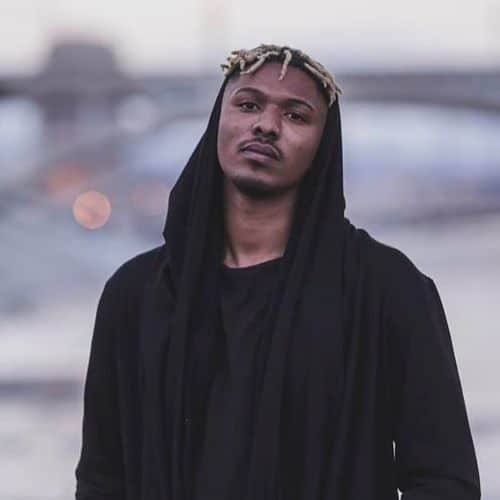 SAYMYNAME
Dayvid Lundie-Sherman
Los Angeles
saymyname.com
SAYMYNAME hails from the greater Los Angeles area, also better known as Dayvid Lundie-Sherman. He grew up in a musical family influenced by many genres of music including hiphop as his father DJ'd for a hobby. Dayvid went on to graduate from Chapman University with a degree in PR and Advertising.SAYMYNAME boasts the ever so coveted Insomniac Event's DISCOVERY PROJECT 2013. In order to chase his dreams he began working over 35 hours a week at Guitar Center after graduation. Any spare time he found, was dedicated into the studio. As a result of years of hardwork, he was signed by AM ONLY.. the premiere booking agency in the industry.After tinkering with trap and hardstyle, his re-birth came about as he discovered #HARDTRAP. SAYMYNAME has been on the forefront as a pioneer of this sound movement. Numerous blogs and fans have labeled him as the God Father of HARDTRAP. He boasts support from giant names such as The Chainsmokers, DJ SNAKE, and Carnage who play several tracks in their sets. An endless of infamous names that show track support, ie: Skrillex, Flosstradamus, GTA, Party Favor, Nghtmre, Slander, 12th Planet, and David Guetta.Keep an eye out for this young exciting act which hovers over the deck at 6'4" and bring his mesmerizing stage presence and ridiculous energy that has created a whole new movement and enthusiasm that successfully converts brand new fans at every show and keeps fan coming back for more!