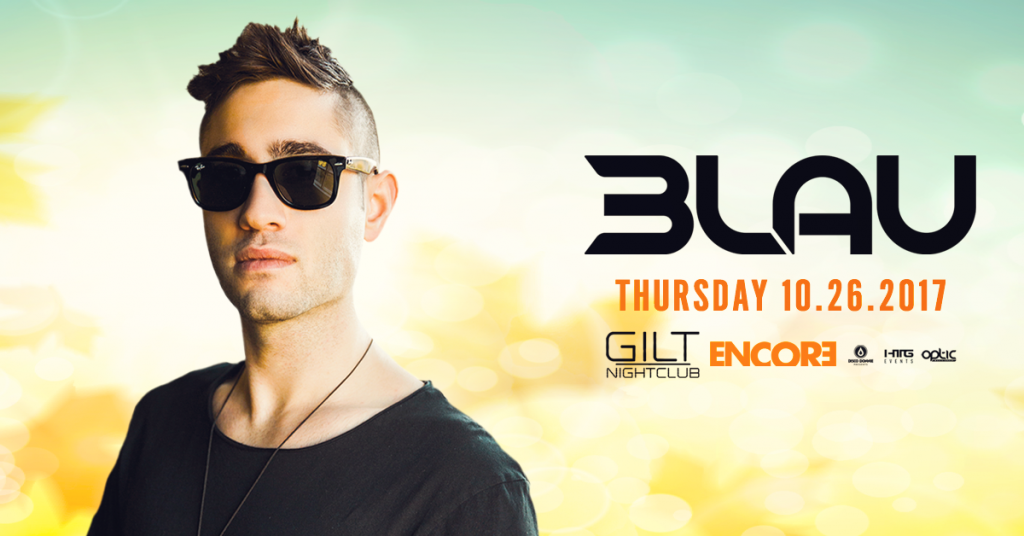 HTG Events, Gilt, & DDP will be hosting 3LAU in Orlando on Oct 26th 2017 at Gilt! Follow the link for event and ticketing information.

Justin Blau became fascinated with music at age five when he first taught himself to play the piano, and later guitar and drums. Now, as 3LAU (pronounced Blau) releases his first original mixes, each track still begins on the piano. Gleaning creative insight from inspirations Sigur Ros and Radiohead, 3LAU aims to bring beauty, melody, and emotion back into dance music. This year marks a fresh chapter for the young 3LAU, as he transitions from mash-up guru to big room house producer. The 22-year-old 3LAU first took the electronic music scene by storm, igniting dance parties and crafting beats to the delight of fans worldwide. Joining the release circuit less than two years ago, 3LAU amassed widespread acclaim with two eclectic collections of bootlegs titled “Dance Floor Filth,” and the term continues to describe 3LAU’s unique sound. Once his music and mixes reached the ears of fans and bloggers alike, 3LAU earned top 10 Beatport & Hype Machine charting as well as a DJ reputation for flawlessly blending together bootlegs, remixes, and originals into fast-paced sets that keep crowds guessing.

3LAU
Justin David Blau
Syosset, Town of Oyster Bay, NY
3lau.com
Las Vegas-based performer Justin Blau, aka 3LAU, is an in-demand DJ and electronic music producer known for his electro, dubstep, and house-influenced style. Born in Syossett, New York in 1991, Blaugrew up in a creative family, and he began playing guitar, piano, and singing in his youth. At age 13, he moved with his family to Las Vegas, Nevada, where he continued playing music. It wasn't until traveling in Sweden in 2011 that he discovered electronic dance music. By the end of the year, he had adopted the stage name 3LAU and begun mixing his own tracks, uploading mash-ups to YouTube. Also that year, he debuted the first volume of his ongoing Dance Floor Filth series and had his material spun by several prominent DJs, including Porter Robinson and Bob Sinclair. Interest in 3LAU's talents spread quickly, and he was soon commissioned for a bevy of official remixes, including one for Zedd's "Spectrum." In April 2014 he released "Vikings," a collaboration with Botnek, on the Dim Mak label. More singles followed, including 2014's "We Came to Bang" (featuring Luciana), 2015's "Alive Again" (featuring Emma Hewitt), 2016's "Is It Love" (featuring Yeah Boy), and more. He then paired with Said the Sky and NEONHEART for 2016's "Fire."