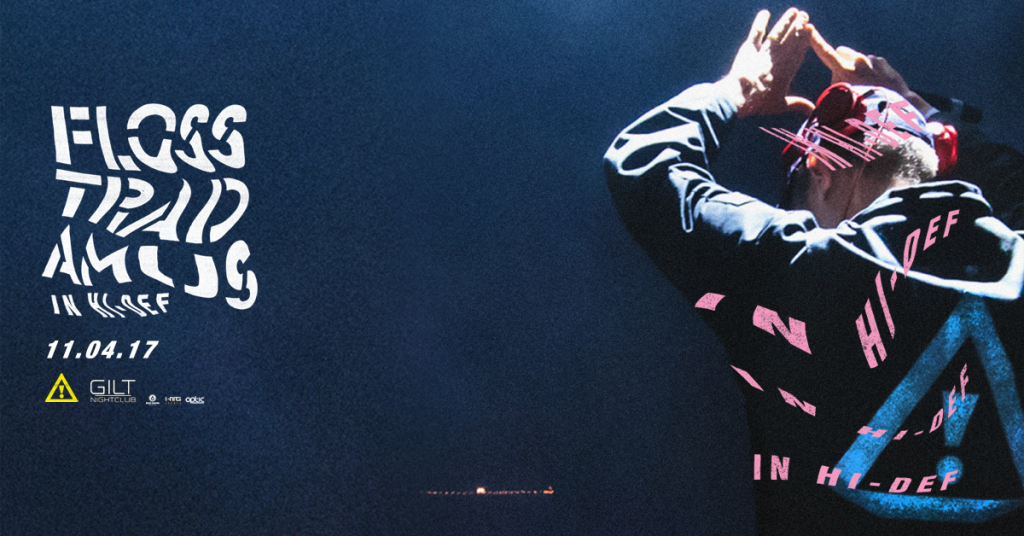 HTG Events, Gilt, & DDP will be hosting Flosstradamus in Orlando on Nov 4th 2017 at Gilt! Follow the link for event and ticketing information.

Flosstradamus, as a duo, have worked alongside artists including Kid Sister (Young’s sister), Diplo, Three 6 Mafia’s Juicy J, The Cool Kids, and A-Trak. They played at many college campuses such as Wellesley College, Drexel University (alongside Waka Flocka Flame), Northwestern University, Carnegie Mellon University (playing alongside RJD2), Middlebury College, Columbia University, and UC Riverside. They have additionally appeared on Late Night with Jimmy Fallon, and the Nick Jr. program Yo Gabba Gabba!.

Flosstradamus
Curt Cameruci
flosstradamus.com
A project known for its heavy beats and being at the forefront of the trap dance genre, Flosstradamus was formed in 2007 by Curt Cameruci (aka Autobot) and Josh Young (aka J2K) as a series of DJ parties in their hometown of Chicago. Word of mouth about their eclectic mashup of electro, house, minimal techno, and sleazy R&B quickly spread, and their parties would often sell out at a moment's notice. Their monthly party continued to be a heavy draw during the mid-2000s, with people from all over the nation traveling to Chicago to experience their performances. In 2011 the project became an official recording act with the release of the Jubilation EP on Fool's Gold. The 2013 EP, Total Recall, was released through the Mad Decent imprint Jeffree's, and in 2015, they joined the Ultra label with the EP Soundclash. Hdynation Radio followed soon after, featuring appearances by GTA, Lil Jon, Waka Flocka Flame, and others. At the end of 2016, Young parted ways with Cameruci, who continued as a solo act performing under the Flosstradamusmoniker. Cameruci issued "Back Again" with Mayhem and Waka Flocka Flame early the next year, following with the Cara Salimando-featuring "How You Gon' Do That" in the summer of 2017.