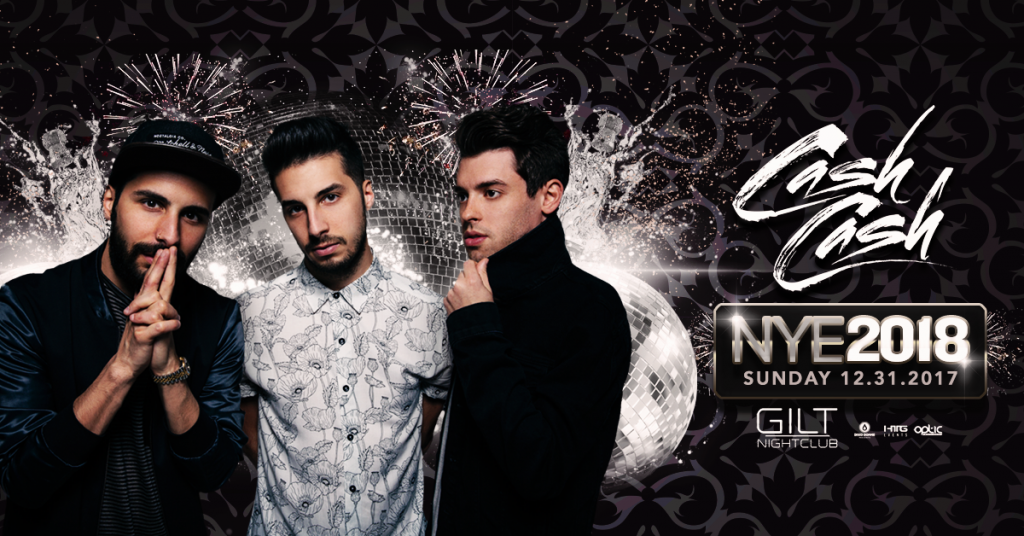 HTG Events, Gilt, & DDP will be hosting Cash Cash in Orlando on Dec 31th 2017 at Gilt! Follow the link for event and ticketing information.

The trio grew up together in northern New Jersey playing various instruments in bands and recording in their basement studio. As they evolved from an electronic band to a production group in 2011, they quickly established themselves as musical risk-takers whose imaginative song structures and energetic live shows caught the attention of heavy hitters in the music industry. By 2012, they had released music through Universal Music Group, EMI, and iconic Dutch dance label Spinnin’ Records.

Cash Cash took on a nonstop touring schedule since 2008, leading the group to sell out various headline tours around the world including their “Untouchable” and “Must Be The Money” tours in 2015 & 2016. Their touring history also includes a laundry list of main stage festival sets and their own headline residencies in Las Vegas and Atlantic City. For Cash Cash, the collaborating doesn’t stop in the studio, as they continue to bring their features and outside artists to their shows. Their guests have included artists such as Wiz Khalifa, Busta Rhymes, French Montana, Rae Sremmurd, ILoveMakonnen, Bebe Rexha, Lil Dicky & E40. Their new 2017 residency with Hakkasan Group has the trio in Las Vegas frequently across venues Hakkasan, Jewel, Wet Republic and Omnia; starting the next chapter of Cash Cash.