HTG Events, Gilt, & DDP will be hosting Morgan Page in Orlando on April 1st 2017 at Gilt! Follow the link for event and ticketing information.

Morgan Page is a progressive and electro house DJ and music producer who has been active in the industry since 1999. He is originally from Vermont in the USA.

Born May 31, 1981, Page has already built quite a name for himself, having been nominated for two Grammy awards and being well recognised globally, particularly for tracks ‘Fight For You’, ‘In the Air’ and ‘The Longest Road’.

Musical from a young age, Page got an early start in the music industry through interning at record label Plastic City and being the DJ at his school’s radio station. Whilst studying at Emerson College, Page wrote a number of original songs and was station manager at his university’s radio station.

Page’s remixes feature a great number of artists, such as the likes of Regina Spektor, Madonna, Katy Perry, Adam Lambert, Alanis Morissette, Nelly Furtado, Stevie Nicks, T. Rex, Uh Huh Her, Coldplay, The Police and The Outfield, to name but a few. This shows his eclectic music taste. In addition to his remixes, he has also produced a number of original songs. In 2010 his fourth album, ‘Believe’ was released and his song ‘Fight For You’ became his most famous single to date, charting at number six on the dance music charts. In addition to his five studio albums, Page has also collaborated with a number of well established artists, including Tegan and Sara and Nadia Ali. 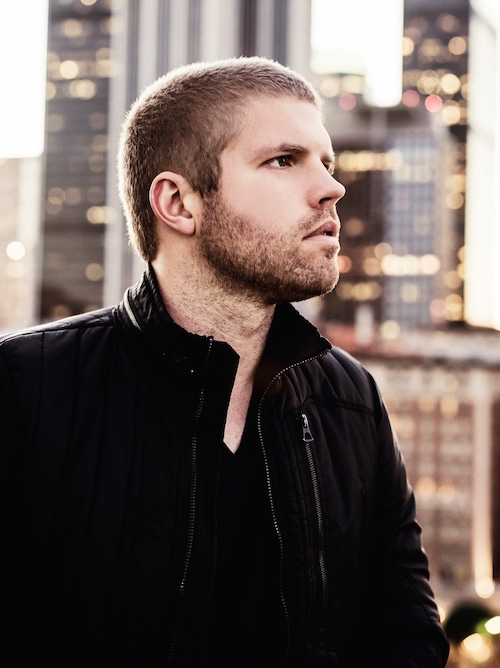 Morgan Page
www.morgan-page.com
GRAMMY-nominated DJ/Producer Morgan Page is ubiquitous within the dance music scene - his latest album, DC to Light (2015) features "Running Wild" and "Open Heart" and debuted at #1 on the Billboard Heatseekers chart and #3 on Dance/Electronic Albums chart. The record features numerous guest appearances, including tracks with Angela McCluskey and frequent-collaborator Lissie, who worked with Page on 2008’s GRAMMY-nominated “The Longest Road.” Page holds a Las Vegas residency at The LIGHT Vegas at Mandalay Bay and previously held a three-year residency at Wynn Las Vegas. In 2016, Page and Sirius XM celebrated the 300th episode of Page’s Sirius XM show In The Air with a 2-hour live to tape broadcast from LIGHT. Over the years, Page has performed landmark sets at festivals across the world, including the Coachella, Electric Daisy Carnival, Electric Zoo, and Ultra Music Festival, as well as countless shows in the world’s biggest clubs. Besides music, Page is driven by two other passions: the environment and technology. The Tesla-driving producer has installed solar panels on the roof of his home to power his recording studio. As a proponent of emerging technologies, in 2013 Page brought to life the groundbreaking Morgan Page Presents MPP3D Tour, a forward-thinking, immersive visual experience utilizing 3D technology. In addition, Page partnered with Oculus, DTS, and Alienware to produce the first-ever virtual reality lyric video for standout single, "In The Air.” DC To Light follows In The Air, which debuted at #1 on Beatport's "Top 100 Albums" Chart and #6 on Billboard's Heatseekers Chart. The title track reached #1 on the Billboard Hot Dance Airplay Chart, and held a Top 10 spot for an impressive 25 weeks.