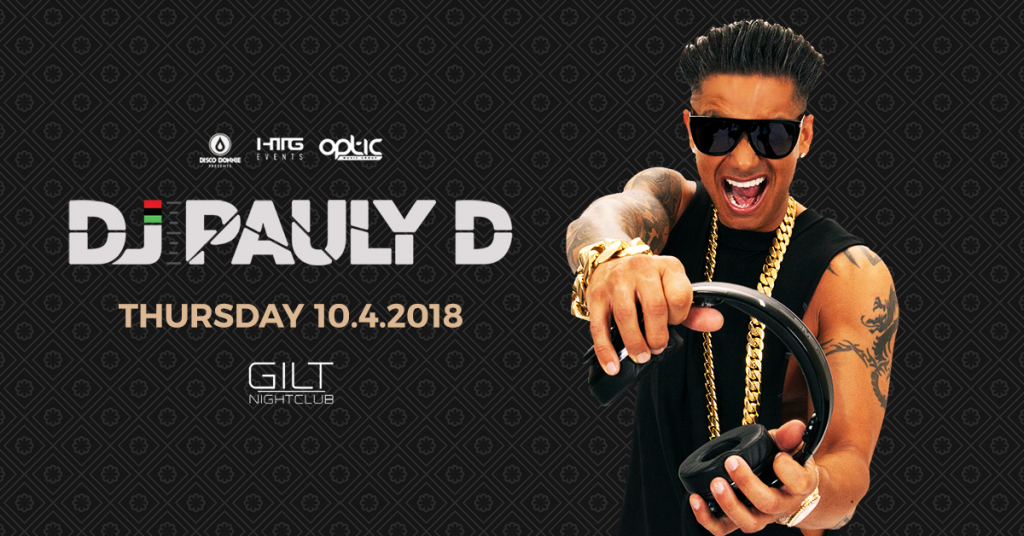 HTG Events, Gilt, & DDP will be hosting DJ Pauly D in Orlando on October 10th 2018 at Gilt! Follow the link for event and ticketing information.

Do you love DJs? If yes, you do know Paul DelVecchio, who goes by the name Pauly D. Yes, he is the one who came to fame after being a cast member of MTV Jersey Shore. And now he has marked his name as a successful Disc Jockey. Now let’s know more about him along with his dating and marital relationships through this wiki!

Born on 5th July 1980 DJ Pauly D is an Ameican television personality and disc jockey. His birth name is Paul DelVecchio and was born on Rhode Island, USA. He is a son of Donna DiCarlo and Paul D. DelVecchio Sr. and holds American citizenship. He has one sister, Vanessa. The American born DJ belongs to white American ethnicity, and his zodiac Sign is cancer. The 37 years old Pauly will turn 38 in this July 2018. He completed his schooling at Johnston High School. He is best known as one of the housemates on MTV reality TV show, Jersey Shore. 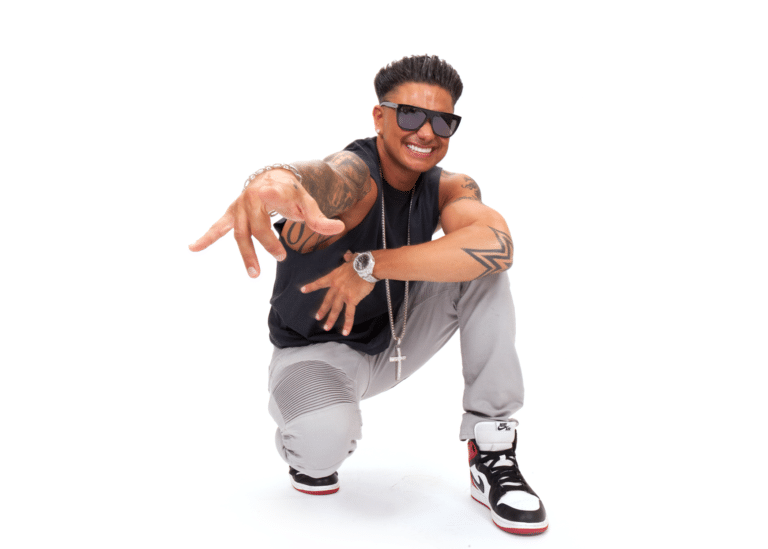 DJ Pauly D
Paul DelVecchio
www.djpaulyd.com
Paul “DJ Pauly D” DelVecchioBorn in Providence, R.I., Paul “DJ Pauly D” DelVecchio is recognized for his musical talent as well as his reality star status on MTV’s highest rated show, “Jersey Shore,” which premiered in December 2009.Quickly a fan favorite, MTV announced Pauly as the first cast member to receive his own spinoff, which will chronicle his life as a celebrity DJ, set to air in 2012.In December 2011, rapper and mogul 50 Cent signed Pauly to his record label, G-Note records, to release new material showcasing Pauly’s true craft. It was also announced in January 2012, Pauly will be working together with 50 Cent and SMS Audio to develop a full line of headphones.On August 7, 2011 Pauly won “Choice TV: Male Reality/Variety Star” at the Teen Choice Awards after being nominated for the second year in a row.Pauly received more recognition being voted the #8 Best DJ in America in 2010 and was nominated again in 2011. Pauly was also named one of VIBE Magazine’s “Top 6 DJs Who Rocked 2011,” but his notoriety did not come overnight. At the age of 16, long before his “Jersey Shore” fame, Pauly started as a DJ and that is where his passion remains.In September 2011, Pauly DJ’ed for the iHeartRadio Music Festival alongside some of the biggest names in the music industry. Acts included: Lady Gaga, Jennifer Lopez, The Black Eyed Peas, and Alicia Keys, to name a few.In Summer 2011, Pauly joined the iconic Britney Spears on select dates of her Femme Fatale Tour, alongside Britney and Nicki Minaj.Pauly has spent years honing his skills to fine art. His eclectic track selection, unique style and infectious personality captivate crowds around the globe. Pauly is now one of the most sought after DJs in the world.His music library spans nearly every genre of club music and he has the exceptional ability to mix in and out of top 40 and house music, introducing an entirely new demographic to quality dance music.Also in 2011, The Palms Casino Resort announced that Pauly will be an exclusive resident DJ for Moon, Rain, and the Palms Pool solidifying his spot amongst the elite group of artists that have had residencies with the Palms.Pauly has spent the past year working on a Miracle Whip commercial, his own mobile application with MEDL Mobile, an exclusive line of Tanning Lotions and Sunless Products with Devoted Creations and a partnership in the Dirty Couture clothing line.Pauly supports many charitable causes, working closely with The Rhode Island Chapter of St. Jude Children’s Research Hospital, and has worked with many great organizations such as The Boomer Esiason Foundation, Make-A-Wish Foundation, GLAAD, GLSEN, and DoSomething.org.This powerhouse DJ has been honored as one of US Weekly’s hottest bodies and came in close second to Vin Diesel in People Magazine’s “Sexiest Man Alive On Facebook” contest. Cosmopolitan Magazine chose him to launch their first iPad application.In 2010, he released his first single with Universal Republic Records entitled, “Beat Dat Beat,” which quickly climbed the charts, further establishing his place in pop culture.Pauly continues to tour the world DJing while holding down a Vegas residency.