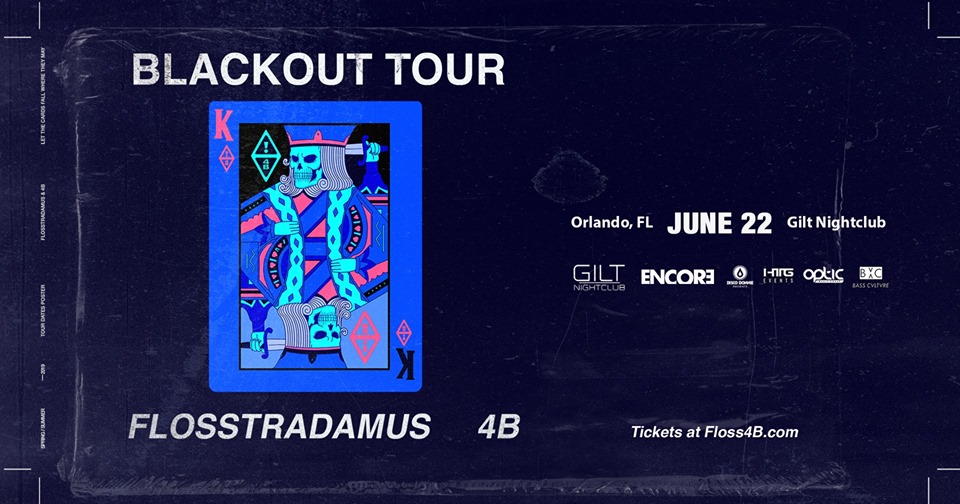 HTG Events, Gilt, & DDP will be hosting Flosstradamus & 4B in Orlando on June 15th 2019 at Gilt! Follow the link for event and ticketing information.

Flosstradamus (AKA Curt Cameruci) is an American DJ and producer. Currently based in Los Angeles, Flosstradamus came to prominence in Chicago while collaborating with acts such as Major Lazer, Matt & Kim, A-Trak, and Baauer. In the last few years they’ve collaborated with the likes of G.T.A, Lil’ Jon, Waka Flocka Flame, Post Malone and Travis Porter. Career highlights over the past decade include iconic tracks like Major Lazer’s “Original Don” (Flosstradamus Remix), “CROWD CNTRL,” “Mosh Pit,” “TTU (Too Turnt Up),” “Soundclash,” and “Prison Riot.”

In addition to their musical endeavors, Flosstradamus has become synonymous with a Hi-Def lifestyle ultimately resulting in a lifestyle brand that’s extended to apparel, their own annual HDYFEST event, and record label Hi Def Youth. Flosstradamus’s devout group of fans known as the HDYNATION has developed into one of the most dedicated and recognizable communities in dance music.

At 25 years old, DJ and producer Bobby McKeon know as 4B; has already spent 11 years relentlessly pursuing his sound and vision. During this period, he’s garnered significant support from industry heavyweights such as Skrillex, Diplo, Tiesto, & DJ Snake. The support bleeds deep for the thriving producer; it is a special moment when world icon DJ Snake looks over to his peer Diplo and states that 4B is “the next big thing with the hottest s**t in the streets”.

4B’s trademark single, “Pop Dat” became a quintessential booty-dropping anthem upon its release in 2015 and quickly evolved into a festival staple recognized all over the world. Since its release, it became one of the most played trap songs in 2016 according to 1001tracklists.com & has toppled 9 million plays across the internet.

His talent for boundary-pushing forward-thinking production translates easily into a finely tuned ear for remixes, including one for Fetty Wap’s “My Way” with Flosstradamus garnering 6 million-plus plays, and a remix of DJ Snake’s “Middle” which was officially released through Interscope with over 8 million total streams. Needless to say, original or remix, 4B knows how to “bob and weave” through productions to satisfy the listener.

Stacking up co-signs from every major “DJ / Producer + Label” including the top tier Interscope, Mad Decent / Diplo, Dim Mak / Steve Aoki and most recently Owsla / Skrillex (with his “Would You Ever Remix), 4B can deliver on quality music with the nobility and grace to gain the respect of the head dogs at every turn.

His dedication to his craft has taken him from humble beginnings to 2017 filled with hallmark appearances at major festivals including Hard Summer, Coachella, ULTRA Miami, a residency at Drais Las Vegas all trumped by his set at EDC Las Vegas; where he played before the legendary Zedd. Not only did 4B play a prime slot at EDC LV, but he also brought out Soulja Boy which was the most talked about moment EDC Vegas 2016; with top coverage by LA and LV.

From a career that birthed through mapping out beats at a school lunch table in Westfield, New Jersey, 4B has achieved what every young producer stays up late daydreaming about. 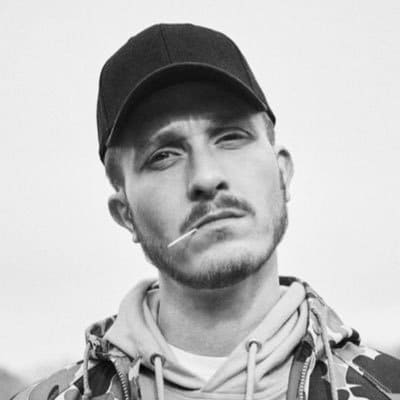 Flosstradamus
Curt Cameruci
flosstradamus.com
A project known for its heavy beats and being at the forefront of the trap dance genre, Flosstradamus was formed in 2007 by Curt Cameruci (aka Autobot) and Josh Young (aka J2K) as a series of DJ parties in their hometown of Chicago. Word of mouth about their eclectic mashup of electro, house, minimal techno, and sleazy R&B quickly spread, and their parties would often sell out at a moment's notice. Their monthly party continued to be a heavy draw during the mid-2000s, with people from all over the nation traveling to Chicago to experience their performances. In 2011 the project became an official recording act with the release of the Jubilation EP on Fool's Gold. The 2013 EP, Total Recall, was released through the Mad Decent imprint Jeffree's, and in 2015, they joined the Ultra label with the EP Soundclash. Hdynation Radio followed soon after, featuring appearances by GTA, Lil Jon, Waka Flocka Flame, and others. At the end of 2016, Young parted ways with Cameruci, who continued as a solo act performing under the Flosstradamusmoniker. Cameruci issued "Back Again" with Mayhem and Waka Flocka Flame early the next year, following with the Cara Salimando-featuring "How You Gon' Do That" in the summer of 2017.