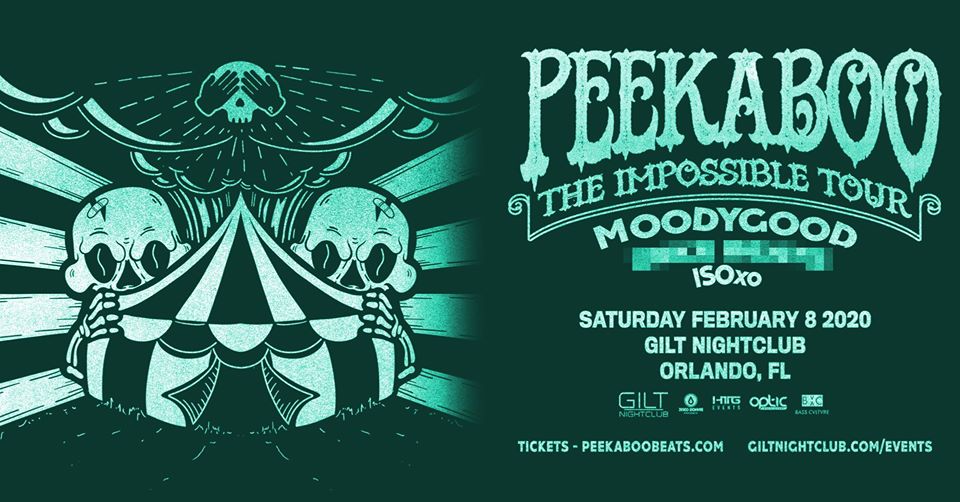 HTG Events, Gilt, & DDP will be hosting Peekaboo’s Impossible Tour  in Orlando on February 8th, 2020 at Gilt! Follow the link for event and ticketing information.

Eddie Jefferys is best known for his work as 16bit, the London based duo who created their unique brand of bass heavy music. While working as 16bit, Eddie released tracks such as ‘Jump’, ‘Dinosaurs’, ‘Boston Cream’, and ‘FRZR9000.’ His song ‘Jump’ was later featured in a Nike commercial. Soon after their remix of Noisia’s ‘Machine Gun,’ was used in the trailer and various TV spots for the Transformers’ film series, Dark of the Moon. Last year, an unreleased 16bit track was synced for the blockbuster film Safe House trailer. Eddie is now working under a new alias and will be releasing new music with MTA Records later this year. 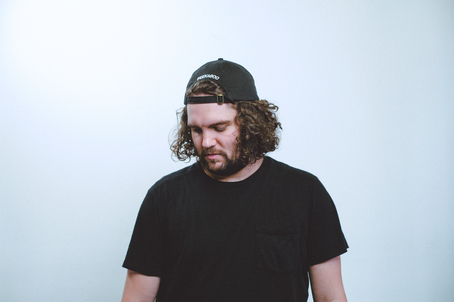 Peekaboo
peekaboobeats.com
Matthew Lucas, better known by his alias Peekaboo (stylised as PEEKABOO), is an American dubstep producer. Although he began as a multi-genre electronic music artist, he is mostly now known for his particular style of dubstep, also known as freeform bass and space bass. His sixth extended play Wrecking Ball debuted at #10 on Billboard's Dance/Electronic Album Sales chart in early 2019.Lucas focuses mostly on the music genre of dubstep, with several electronic music critics and bloggers commonly describing Lucas' subgenre of focus specifically as 'space bass', and even more commonly known as 'freeform bass'. Both of these terms that were both coined to originally describe Liquid Stranger's subgenre of focus, which later extended to multiple other artists including Lucas, Bleep Bloop, LSDREAM and Mersiv. The subgenre 'freeform bass' is now commonly associated with Wakaan, Liquid Stranger's own record label, with most music published by the record label being classified as the subgenre.[2][6][20][21][50][51] Harrison Morgan of EDM Sauce has expressed his support for Lucas' style of dubstep, stating that it is a more "refined approach" to dubstep compared to other subgenres that have become popular in the dubstep scene, specifically riddim.Several online electronic music news publications and bloggers had listed Lucas as one of several artists to watch in the recent years. Writers for Noiseporn and Your EDM listed Lucas as one of 20 and of 40 (respectively) artists to watch in 2019, alongside various other artists including (but not limited to) 1788-L, Svdden Death, Blanke, Fytch and Wildlyf.[53][54] He has also received support from various 'heavy weight' electronic music producers including Rezz, Bassnectar, RL Grime, Caspa and Liquid Stranger.