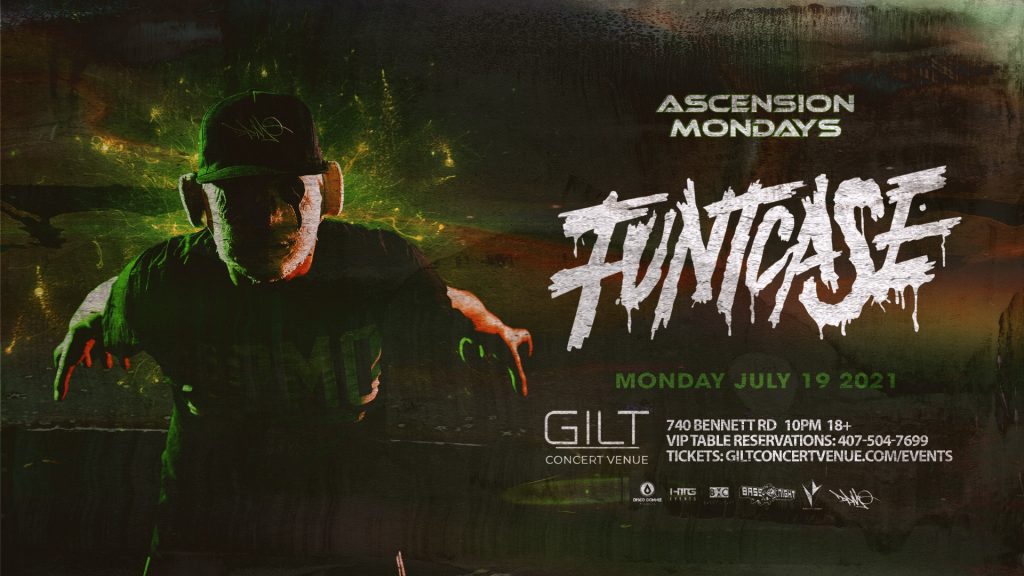 HTG Events, Gilt, & DDP will be hosting Funtcase  in Orlando on July 19th, 2021 at Gilt! Follow the link for event and ticketing information.

In 2010 he was signed to Flux Pavilion and Doctor P’s record label Circus Records, while also releasing music under the alias Haze. He is well known for performing wearing his signature mask.

In early 2013 he announced his largest release, the eight-track Don’t Piss Me Off EP. It was also announced that he and Cookie Monsta would present the second Circus Records Showcase album “Circus Two”. 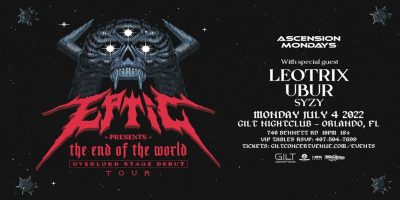 Eptic : End of the World Tour

Gilt Nightclub Orlando, FL
10:00 pm - 2:30 am
END_OF_DOCUMENT_TOKEN_TO_BE_REPLACED
Funtcase
James Hazell
Bournemouth England
FuntCase (aka James Hazell) has been in the dubstep scene for a hot minute but already making a very solid impact on the scene, with a medley of ranged beats capable to kick the wig off of any head!Since starting his dubstep creations back in July 09, FuntCase has thrown some of the most filthy, and most catchy tunes out there, causing his popularity to rise massively in such a short amount of time.In the 6 years of his production career, previously creating Drum and Bass, he had numerous releases under the name 'DJ Dose' but never did he realise the opportunity of the dubstep scene, when he made his first tracks 'gorilla flex' and 'make our day' as a joke and for mates, who constantly suggested he try and make the style.Now a new addition to the Circus Records crew it seems his hard work has paid off, visiting numerous nights around the UK and the world in such areas as France, Belgium and Romania, with talks of tours further out from the UK being planned.Of courseeeeee, no-one rises this fast without the help of the big heads within the scene and FuntCase is supported by some of the biggest, With the likes of N-Type, Hatcha, Pendulum, Chase and Status, Rusko, Crissy Criss, Mista Jam, Trolley Snatcha, Datsik, Excision and more, the future looks very bright for this new and exciting talent.