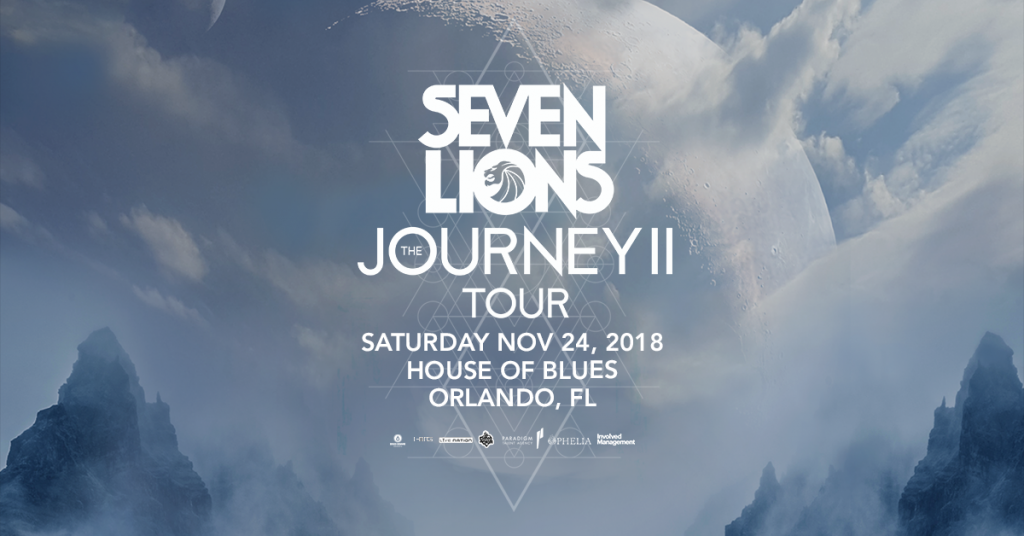 HTG Events, Live Nation & DDP will be hosting the Seven Lions in Orlando on Nov 24th 2018 at the House of Blues Orlando! Follow the link for event and ticketing information.

Producer Seven Lions has never had a problem breaking rules and transcending musical boundaries to satisfy his creative vision.  Catching his break after winning a Beatport remix contest in 2012 with his dubstep-focused version of Above & Beyond’s “You Got to Go”, Seven Lions, born Jeff Montalvo, garnered early support from the likes of Skrillex and his OWSLA label.  2013 tour dates with Porter Robinson and Krewella pushed Montalvo and his genre-bending production style to the forefront of the modern electronic music scene.

Putting sheer technical production prowess to work in soulful, deep, hybridized creations all distinctly his own, the multi-talented musician is single-handedly changing the sonic landscape for future generations to come by bridging the gap between the soaring, ethereal vibe of trance and intensely adrenalizing bass music.  His productions have seen stages at world-renowned festivals such as Ultra Music Festival, Electric Daisy Carnival (New York and Las Vegas), Electric Forrest, Electric Zoo, South by Southwest, and HARD.

After several successful releases under the OWSLA label (his debut EP, Days to Come, reached #2 on the iTunes Dance charts), Montalvo released his highly anticipated 2014 follow-up EP, Worlds Apart, on Republic Records’ dance imprint Casablanca.  Containing several notable features which include Ellie Goulding and Tove Lo, Worlds Apart debuted at #1 on the iTunes Dance charts, and the title track was also featured in Billboard’s “Top 10 Electronic/Dance Songs of 2014” list. The EP also featured the smash hit and canonical dance track ‘Strangers’, featuring superstar vocalist Tove Lo. ‘Strangers’ was a definitive track in what was perhaps the peak of American electronic dance music, and solidified Seven Lions as one of the scene’s premier artists.

In 2015, Seven Lions began releasing music in EP formats, devoting each EP to a cohesive idea and world found within the Seven Lions universe.  2015’s “The Throes of Winter” hints at a larger seasonal theme, to be continued through to his future releases.  When asked about the spark for this vision, he explains, “Since artists aren’t releasing proper albums anymore, it makes sense to create something that’s digitally artistic with real cohesion as opposed to tossing out singles and just haphazardly seeing what sticks… I wanted to start making the music more thematic, interesting, and part of something larger.”

Bucking more trends and breaking from convention, his 2016 Creation EP [Casablanca Records] followed a different path for his latest body of work. “This time, songwriting really took place on guitar,” he explains. “There are more acoustic elements in the songs, and that ties it together. I wanted to get a little more experimental. I didn’t worry if something was going to be a big banger on the dancefloor or not. I just made what felt right at the time.”  Ultimately, Seven Lions continues challenging himself and musical genres. “I want to do something different,” he concludes. “Everything doesn’t have to fit into just one genre. I want people to walk away loving different kinds of music and sounds.”

This year saw Seven Lions once more travel across the country on his There and Back Again club-focused tour, in addition to hallmark festival appearances at Tomorrowland, EDC Las Vegas, Life in Color, EDC Japan, Middlelands, Electric Zoo, and Paradiso, amongst others. This summer the sound-sculptor unveiled his highly-anticipated Where I Wont Be Found EP as well, continuing his always growing world, identified via these annual EP projects. The eight-track offering is a wondrous journey from start to. From the heavily streamed and critically praised “Freesol,” to the energetic future bass collaboration “Rescue Me” with scene upstart Unlike Pluto, 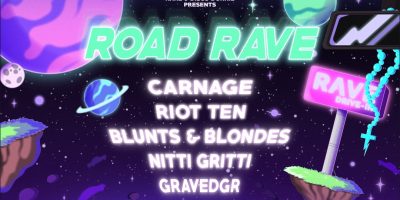 Central Florida Fairgrounds & Exposition Park Orlando, FL
7:00 pm - 11:00 pm
END_OF_DOCUMENT_TOKEN_TO_BE_REPLACED
Seven Lions
Jeff Montalvo
Santa Barbara, California
www.sevenlions.com
Seven Lions is quickly taking the dance world hostage with his deep, soulful, hybridized creations – at times elegant, at others pulverizing – all distinctly his own. Seven Lions’ Polarize EP, one of the most promising releases of the last year in the EDM world, just dropped in April and has already garnered praise for its melding of main room bombast with a very sensitive, human touch.For Seven Lions (neé Jeff Montalvo) ‘fast’ is an understatement for how his work has spread virally amongst fans of trance, dubstep, and everything in between. The 25 year old California native has been the center of attention as of late but has maintained a humility throughout. The artist released an unofficial remix of Florence and the Machine’s “Cosmic Love” in March and has been a runaway YouTube hit as Florence’s vocals align perfectly with the producer’s yearning, sinewy compositions. Following the release of the Polarize EP (which charted in the top 5 overall charts on BeatPort), several of his productions are at any given time on the BeatPort dubstep Top 30.His international following has grown exponentially over the past few months -everything from getting airplay on BBC’s Radio1 to headlining seminal clubs in the States and elsewhere, but this is no overnight success story. It started early on in his life when, at age 7, his father brought home the family’s first computer: a Macintosh and keyboard. After playing in metal and punk bands throughout middle school and high school, Montalvo segued into production in his late teens.“For me, it was the most accessible thing, to start picking up something like drums as opposed to something like electronic music. My transition out of playing with a band was because I got tired of waiting for my band all the time — I wanted to just start making music so I started composing electronic music by myself,” Montalvo explains.After a friend gave Montalvo the program Fruity Loops, he began experimenting with industrial drum beats and toying with genre cross-pollinations. Montalvo attended his first rave in 2007 and was immediately inspired to produce trance. However, he slowly found that broken beat came more naturally to the drummer-at-heart. “It’s more like playing a real instrument, as opposed to doing the four-on-the-floor disco beat. It’s more natural for me,” he says.Not long after, his remix of Above & Beyond feat. Zoe Johnston’s “You Got To Go” served as his breakout hit and introduction to the EDM world. “I won the official remix competition, which is how I got involved with [Above & Beyond]. I don’t know if they were expecting the track to do as well as it did. But it definitely got their attention, and now they’re wanting to work with me more.”That the remix “did well” is an understatement — typical of the soft-spoken Montalvo. The meteoric track sat at #2 on Beatport’s Dubstep chart for over 6 weeks, second only to Skrillex’s remix of “Levels”, with hundreds of thousands of listens on YouTube.From metal band member, to solo industrial producer, to a trance-dub trailblazer — he’s already achieved quite a diverse oeuvre, but his work seems to be only beginning. An innovative, fresh-thinking producer, Seven Lions is one of the more beautiful but dance-centered artists you’re likely to discover for a while.