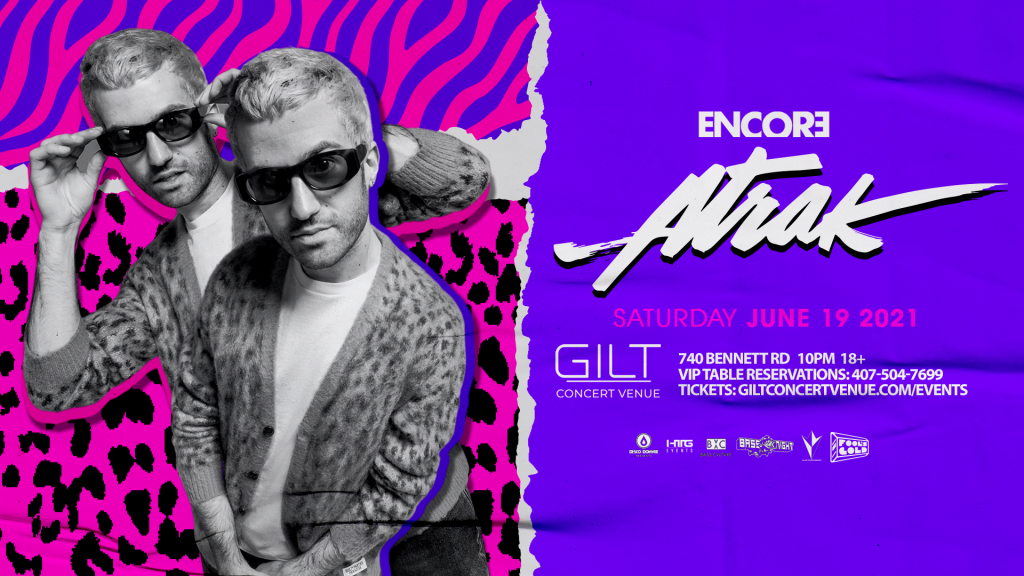 HTG Events, Gilt, & DDP will be hosting A-Trak  in Orlando on June 19th, 2021 at Gilt! Follow the link for event and ticketing information.

Alain Macklovitch was born on March 30, 1982 to Lison, a professional translator, and Elliot Macklovitch, a professor of linguistics and machine language researcher, in Montreal, Quebec. He grew up in the Montreal borough of Outremont. His older brother, David “Dave 1” Macklovitch, is one-half of the electro-funk duo Chromeo.[

Ethnically, he is Moroccan Jewish on his mother’s side and Ashkenazi Jewish on his father’s.[citation needed] While his family was ‘casually Jewish,’ Macklovitch had a bar mitzvah. When he was 18 years old, his mother took him and his brother back to Morocco to connect with their roots. In the early 2000s, he studied physics part-time at McGill University in Montreal.

A-Trak began his interest in music around the age of ten, listening to Beastie Boys, Cypress Hill, and other early 1990s hip hop artists on cassettes his brother would bring home. Wanting to find his own instrument to create music on, he experimented with scratching records on his parent’s turntable and quickly became fixated on becoming a good turntablist, finding mentors in local Montreal DJs Kid Koala and DJ Devious. 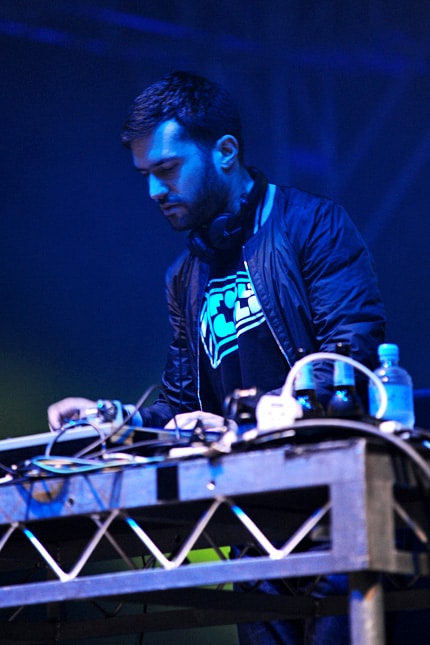 A-trak
Alain Macklovitch (born March 30, 1982), known by his stage name A-Trak, is a Canadian DJ, turntablist, record producer, and record label executive. He came to prominence in the late 2000s as an international club DJ and remix artist, known for incorporating highly technical turntable skills and scratching into his genre-spanning work. He is also President of the record label Fool's Gold, which was founded in 2007 and is credited for developing the careers of artists such as Kid Cudi, Danny Brown, and Flosstradamus. Among other collaborative projects, he is part of the DJ duo Duck Sauce with Armand Van Helden and was nominated for a Grammy in 2012 for their song "Barbra Streisand".