HTG Events, Gilt, & DDP will be hosting Infected Mushroom in Orlando on June 11th, 2016 at Gilt! Follow the link for event and ticketing information.

Mining Israel’s Goa trance of its hottest intensities, Infected Mushroom remain one of the Middle East’s biggest international cult successes. Erez Aizen‘s cheap background in obsessed bedroom computer tinkering had led him into and out of a number of crude dance efforts, and when a mutual friend suggested he should get together with Amit Duvdevani, a thrash metal fan who had just returned from an aborted career path in India, the two found enough in common to surreptitiously explore the rising psychedelic trends pouring out of the nation’s clubs. The results — 1999’sThe Gathering, which was heavily inspired by the surreal ambient dance of Simon Posford, X-Dream, and Transwave, and 2000’s Classical Mushroom, an aggressively melodic trance LP that broke the European, Japanese, and American markets — elevatedInfected Mushroom to one of Israel’s key trance production duos. 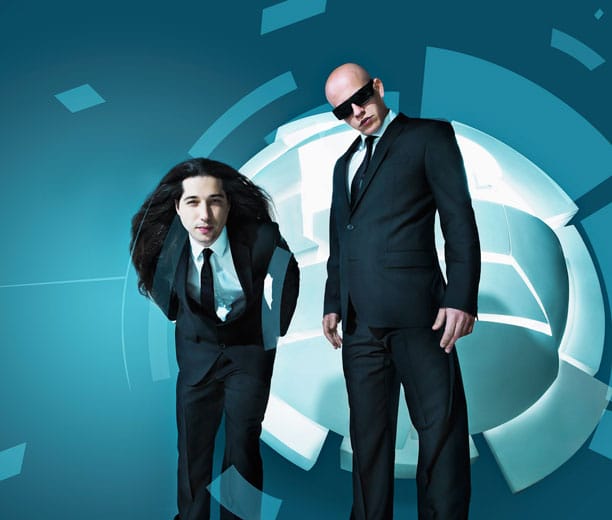 Infected Mushroom
Erez Eisen, Amit Duvdevani
infected-mushroom.com
To pioneer your own sub genre of electronic music in the music industry today is no simple task, it is essentially equivalent to Chuck Berry inventing Rock music in 1955 or Massive Attack effectively originating Trip Hop in 1983…Electronic music, mega-revolutionaries Infected Mushroom are renowned for being the sonic innovators of crafting hypnotic arrangements, complex layered melodies and synthetic rhythms known as “Psychedelic Trance,” leaving behind all their dying “Trance” cousins in the mainstream…Twice ranked as the world’s “10 Best DJ’s” by the Bible of the Scene (U.K.’s DJ Magazine), the Israel-bred, L.A. based duo Amit “Duvdev” Duvdevani and Erez Eisen have established their self- invented genre among the highest in the scene.One could easily scour pages of the Internet in vain to find the epic level of music history defining the Infected Mushroom “kingdom.” Their most notable achievements include: 1999 breakthrough debut album, The Gathering, which gained immediate attention on club dance floors and in the hands of Goa/Psy-Trance DJ’s…Fast >> 2007’s their critically acclaimed and highest-grossing album Vicious Delicious, catapulted the duo onto new levels. The success of that album was met with high anticipation for another which was dropped in 2009 with the The Legend of the Black Shawrama. The album included noteworthy hit track, Smashing the Opponent, for featuring guest vocals by legendary Korn lead singer, Jonathan Davis. By no coincidence on the title, did Smashing the Opponent album-hit #8 on the Billboard charts.If that’s not impressive enough—there is the band’s average 120 live performances a year including, repeat, sold-out shows from the Ultra Fest in Miami to the Virgin Festival in Baltimore, from Mexico’s OMIX to Cali’s Coachella, to Brazil’s Ipanema Beach, and from Melbourne’s Metro Club to the 2009 and 2011 Burningman Festival in Black Rock City, Nevada. Not to mention collaborations with big Rock legends; Ray Manzarek (The Doors), Perry Farrell (Jane’s addiction) and then their insane amount (roughly 14,000,000) hits on You Tube simply cannot go without mention…The best is always yet to come with Erez and Duvdev; in early 2012 they released the Army of Mushrooms, their most multi- faceted electronic album delivery to date since 2009’s “Legend of the Black Shawarma”.Army of Mushroom’s doesn’t hold back for a second, doing what the guys “do best”−invent, experiment, create, re-arrange, flip-up, bend-over, twist-sideways while staying true to their electronic roots diced with their own and of course, always trippy and psychedelic.2013 marks a year of reinvention for the duo as they embark on the “FungusAmoungUS Tour” with an all new 3D mapped experience. Infected’s new production is truly one of a kind. Stimulating 3D mapped visuals are landscaped onto “pods”, projecting psychedelic visuals that become the backdrop for enigmatic vocals, hypnotic arrangements, and psy-trippy synthetic rhythms…Designed by Vita Motus and V Squared Labs, the creators of Amon Tobin’s legendary ISAM production, the “FungusAmongUS Tour” is a unique visual/auditory journey that will infect each and every participant.Adoring fans continue to descend below Infected’s stage en masse at festivals and stadiums shows–Nocturnal Wonderland (Texas/Los Angeles), World Electronic Music Festival (WEMF) in Canada, Electric Daisy Carnival (Las Vegas, Nevada), and the Opulent Temple at Burningman (Black Rock City, Nevada). All walks of life gather in attendance for the same reason: to experience Infected Mushroom, the world’s greatest Psy-Trance band of the decade.