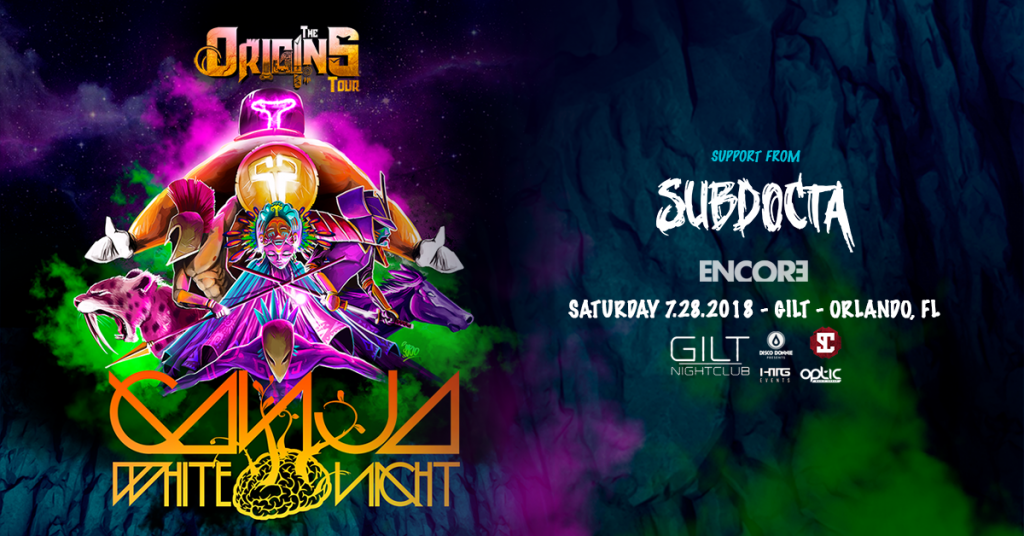 HTG Events, Gilt, & DDP will be hosting Ganja White Knight in Orlando on July 28th 2018 at Gilt! Follow the link for event and ticketing information.

Belgian bass duo Ganja White Night is quickly setting the tone for the bass community around the globe. Members Benjamin “Bamby” Bayeul & Charlie “Erwan” Dodson continue to make waves in the electronic community with their iconic Wobble sound. With their live ensemble, the duo is able to express themselves more freely during live performances creating a truly captivating experience.

Growing up in the humble town of Mons Belgium, the duo was in a way sheltered from the music industry of the United States allowing them to create a honest & unique sound of their own. With their musical roots ranging from early UK bass sounds to the reggae vibes, Ganja White Night has twisted together their influences and spit out something truly fresh.

After a near decade deep discography, Ganja White Night struck a cord with their Mr Wobble LP release cementing their iconic Wobble sound. Centered around the idea of creating their own mini universe, the duo teamed up with Ebo, a famous Belgium street artist to bring their concepts & vision alive.

With the debut of Wobble Master & LFO Requiem full animated music videos in 2016, the story of Mr Wobble was birthed. Drawing similarities to the visual aspect of the Gorrilaz and their unique style of telling a story through their music, the duo plans to continue exploring their own universe.

Only time will tell how big this universe is!

SubDocta is known for throwing down his own brand of dubstep, trap, and hybrid styles too odd for the typical nightclub scene. His eclectic taste and production skills have landed him performances at festivals and shows throughout the west and beyond including Lucidity, The Bounce, Emissions Bass Culture, Enchanted Forest, The Untz, StillDream, The Pirate Party, and Bass Camp multiple years in a row. With releases on labels such as MalLabel and ShadowtrixMusic, plus with Bassnectar supporting his songs, he has proven himself worthy of our ever-growing scene. Look forward to forthcoming singles, EPs and heavy festival/touring performances in 2018; SubDocta is on his way up. 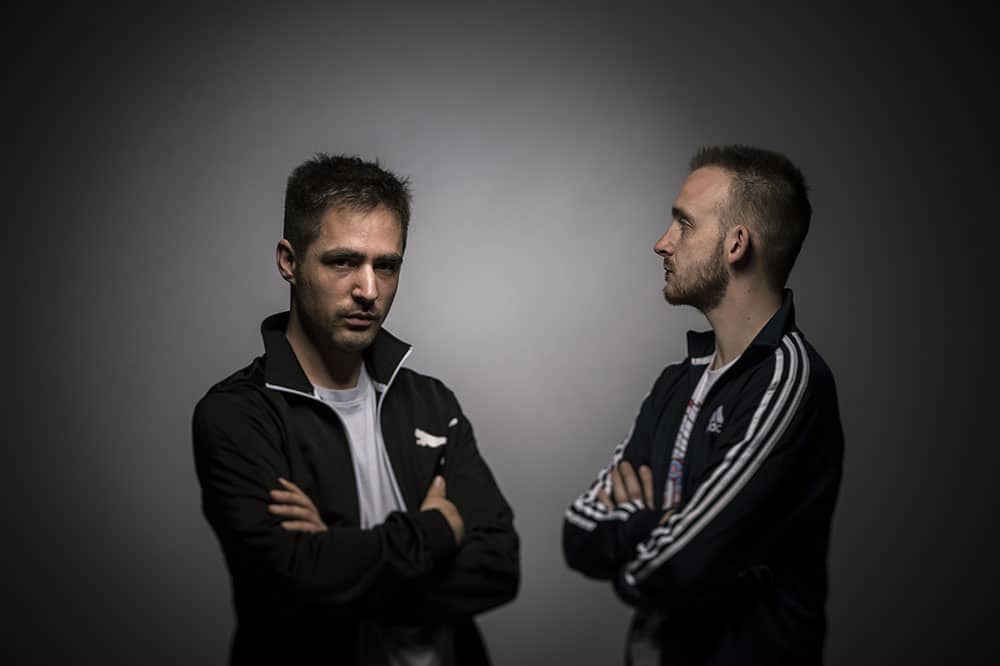 Ganja White Night
Belgium
ganjawhitenight.com
Ganja White Night is an electronic music band whose early influences are found at the roots of "Bass-Music". During the past decade, the duo traveled many countries in Europe and beyond. The band takes a new creative direction tinted with hip-hop and more generally hybrid electronic music after the release of their fourth album "Addiction" in 2014.They decided to break the fetters that connected them almost exclusively to "Dubstep" and started using other forms of expression. It is therefore with their new album "Hybrid Distillery" that the group now has to make an impression by imposing its style in other genres of electronic music. This fifth album is not only another acoustic chapter, it is also about graphics. The draftsman/graffiti artist/director "Ebola - Delit2fuite" brings a whole new visual world mixed with, just like Ganja White Night, artistic originality and singularity never achieved until now.