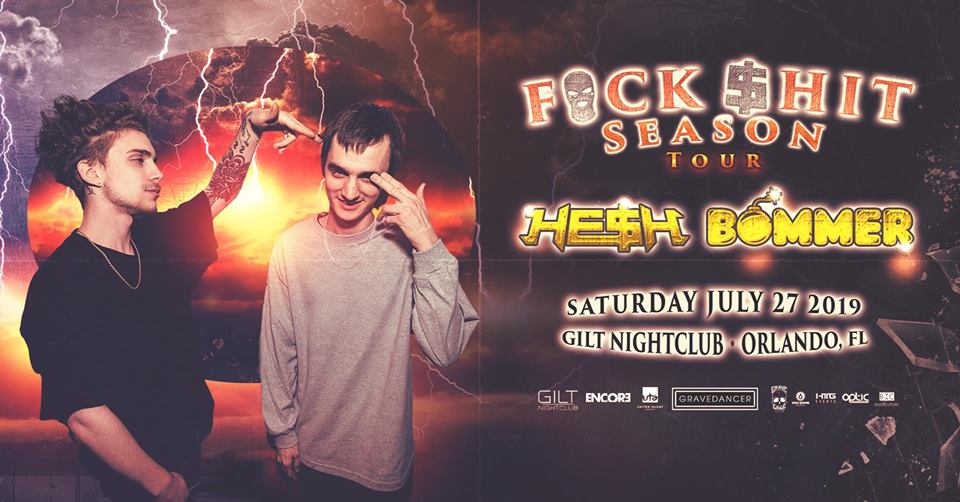 HTG Events, Gilt, & DDP will be hosting He$h & Bommer in Orlando on July 27th 2019 at Gilt! Follow the link for event and ticketing information.

HE$H is a electronic music producer and DJ based in Dallas. He produces music of the dubstep, riddim, and heavy bass variety.

HE$H was first exposed to dubstep when his sister showed him Skrillex.At first, he did not like it, but overtime became more interested in the process of making electronic music. HE$H started producing music when he was 12 but did not start taking it seriously until he was 14.Other than Bommer, most of his musical influences lay outside of dubstep and include Three 6 Mafia, Pimp C, and other southern rappers and uses their flow to replicate the bass in his tracks. On August 31st, 2018, HE$H released the LOCED OUT EP. In addition, he has played a number of B2B sets with Bommer (Dubstep).

ommer uploaded his first track “GHETTO BIRDS” on SoundCloud on June 29th, 2012.  He uploaded prolifically to the platform and continues to do so. Some of Bommer’s earliest collaborators include Grizzstep, Crowell, jPhelpz, and others. Bommer’s collab with Crowell for “Yasuo” is widely regarded as one of the quintessential riddim songs and has received millions of streams on multiple platforms.  Other popular tracks of Bommer include “Planet Droid” with Subfiltronik and his Nah Nah VIP with Crowell.
Bommer has had releases on labels such as Smog, Prime Audio, Subquake Audio, Octane Audio, and GMB Records. More recently, he has performed B2B with HE$H on multiple occasions. HE$H has cited Bommer to be a major influence of his musically. 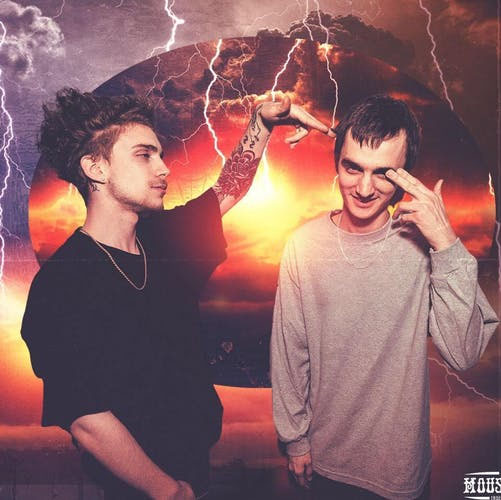 HE$H and Bommer
HE$HDubstep producer from Dallas, TXhttps://soundcloud.com/heshofficialBOMMERBommer (Zack Bommer) is a twenty-five year old dubstep producer from St. Louis, Missouri. Bommer is a testament of what dedication and perseverance can lead to. From starting at local bars before dubstep was a household name, Bommer put countless hours a day into his craft. Fast-forward four years, Bommer has had releases on labels such as Smog, Prime Audio, Subquake Audio, Octane Audio, and GMB Records. In addition to his production, Bommer’s mixing skills are second to none. With flawless double drops to clean transitions, Bommer can keep any dance floor entertained.soundcloud.com/bommer_dubstep twitter.com/BommerDubstep instagram.com/bommer01 vine.co/u/938812132714258433